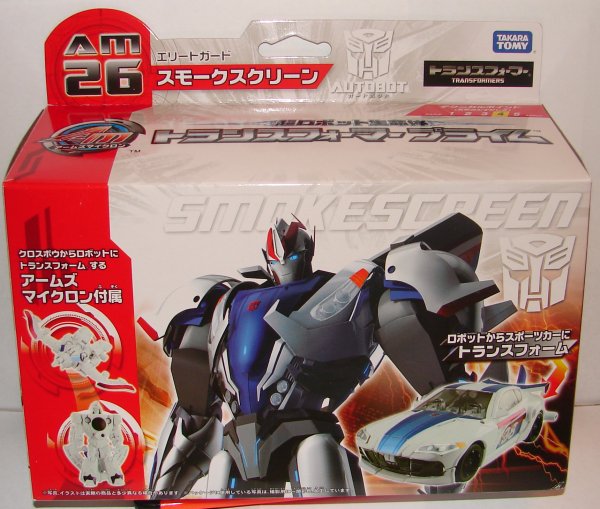 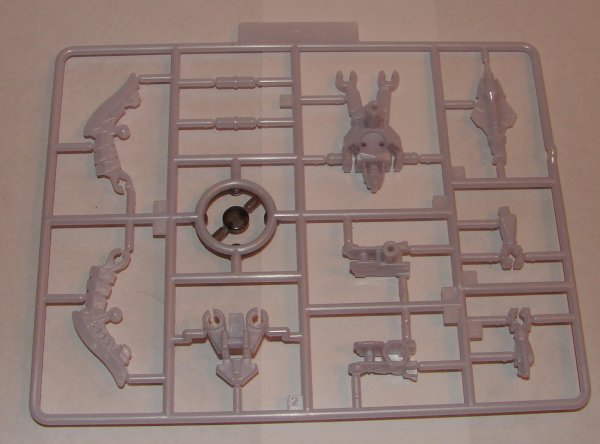 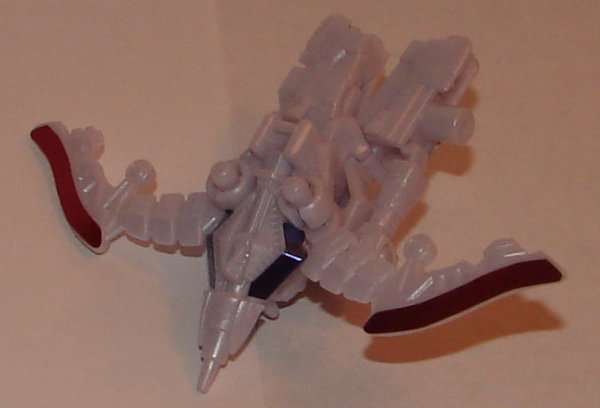 Weapon Mode: S.2 is a crossbow.  I’ve been waiting for a crossbow, as they are running out of unique weapon options.  It’s nice, though I’m not crazy about the white color. 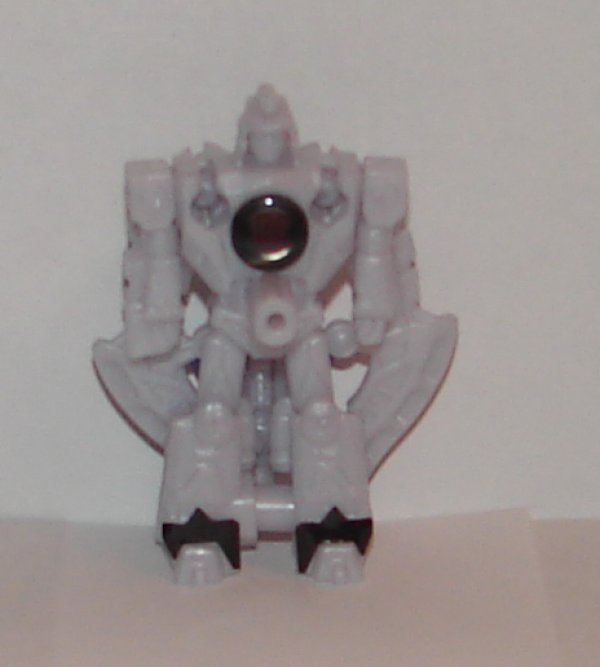 Robot Mode: It’s an okay robot mode, but nothing special.

Smokescreen (Based on Transformers Prime Deluxe Knock Out) 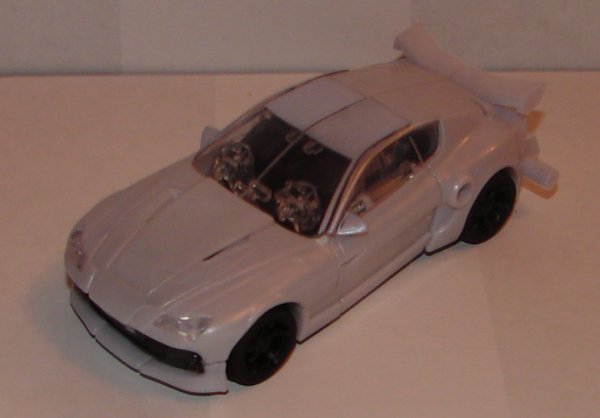 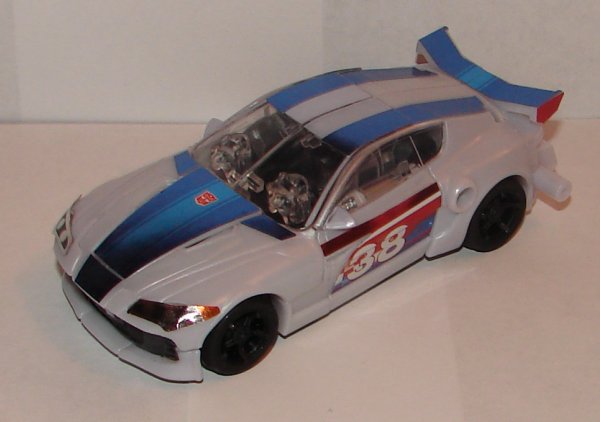 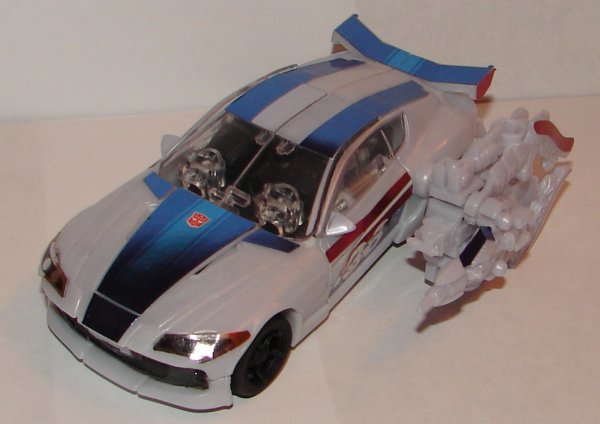 Vehicle Mode: This is the first release of Smokescreen.  As of yet there is no confirmation (to my knowledge) of a USA release of deluxe Smokescreen.  The Japanese one is made from the USA version of deluxe Knockout, not the Japanese version.  (As you can see in the pics above, the Japanese Knockout had ports added in front of the doors and on the hood that are not present on Smokescreen.)  Smokescreen has had a couple of alterations from the USA Knockout.  A spoiler has been added as well as pegs on the sides of the rear bumper.  It looks really nice with the stickers, though I would love to have it painted.  It’s really nice looking. 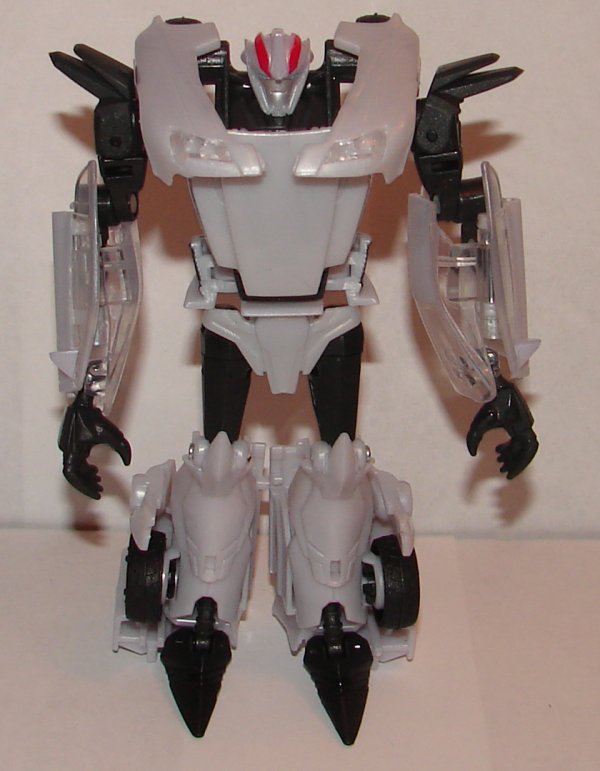 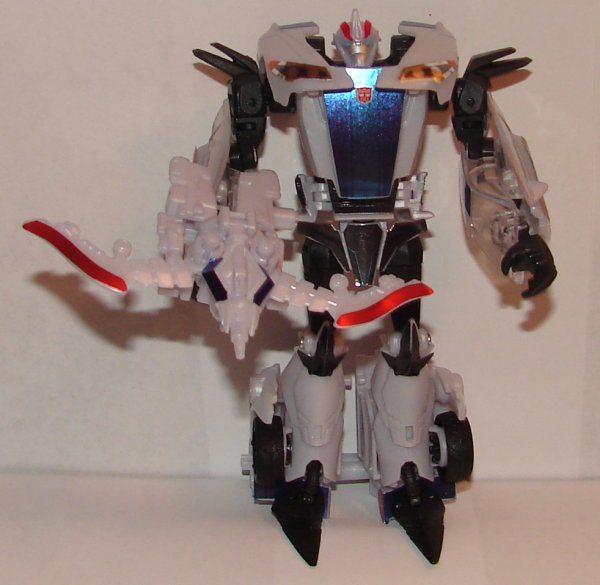 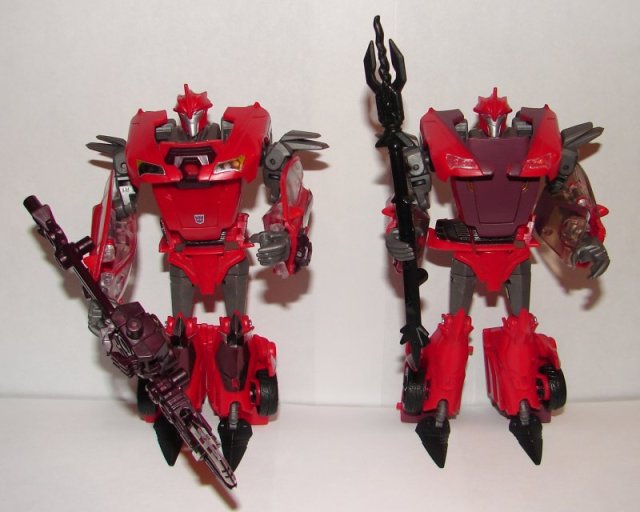 Robot Mode: Smokescreen has a new head, of course.  It’s a really nice sculpt.  My only complaint with his robot mode is that he could have used some color on his legs.  Some blue stickers would have looked nice.  Very cool anyway.  Since a deluxe Smokescreen in the USA would likely be part of the Beast Hunters line, he will most likely have additional weapons and armor like the other Beast Hunters toys we’ve seen.  This means, this might be the only non-Beast Hunters version of Smokescreen.

I’m 36 years old, and I work in network tech support for a public school system. I am a huge fan of Star Trek, Transformers, Harry Potter, and Marvel Comics as well as numerous other fandoms. I’m a big sports fan, especially the Boston Red Sox and the New England Patriots. I collect toys (mostly Transformers but other stuff too), comic books, and Red Sox baseball cards. I watch an obscene amount of television and love going to the movies. I am hopelessly addicted to Wizard Rock and I write Harry Potter Fanfiction, though these days I am working on a couple of different original YA novels.
View all posts by lmb3 →
This entry was posted in Toy Reviews, Toys, Transformers and tagged Arms Micron, S.2, Smokescreen, Toys, Transformers, Transformers: Prime. Bookmark the permalink.