Transformers: Dark of the Moon Year of the Dragon Ultimate Optimus Prime 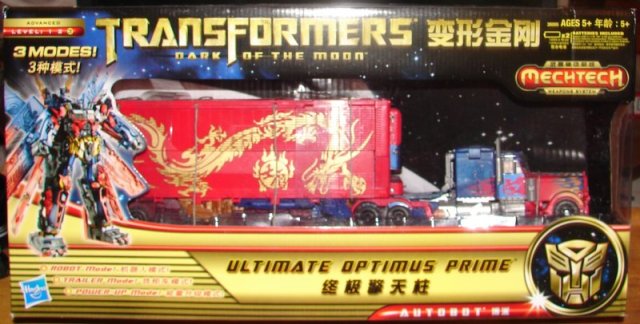 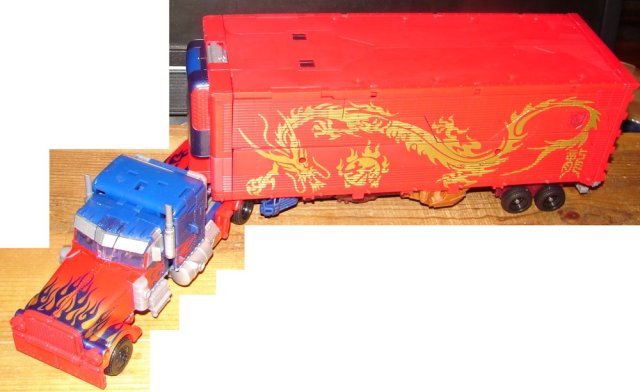 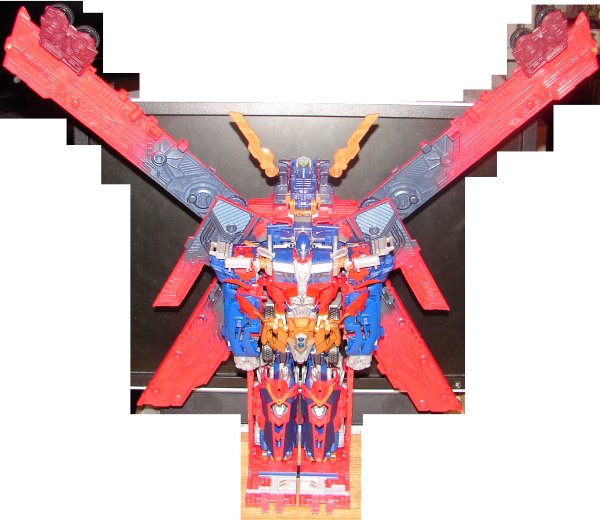 The Transformers: Dark of the Moon Year of the Dragon Ultimate Optimus Prime came out last year as an Asian market exclusive.  It is now available from Amazon.com here for $84.99, much better than the close to $200 it was going for before.  That’s not much more than US retail for the regular version.

The box has not been altered for this release, leading me to believe they over produced them and Amazon bought them, probably at a discount.  The only difference I can find from the Asian release is the lack of a white sticker with foreign writing on the back and a new sticker placed over the barcode.  Otherwise it seems identical.

This is a pretty great Optimus Prime toy.  This version is done up in a mostly red and blue color scheme which looks fantastic.  The gold dragon on the side of the trailer looks amazing, I just wish they had put a smaller dragon on the inside that you could see on the wings in robot mode.  That would have looked great.

I’m 36 years old, and I work in network tech support for a public school system. I am a huge fan of Star Trek, Transformers, Harry Potter, and Marvel Comics as well as numerous other fandoms. I’m a big sports fan, especially the Boston Red Sox and the New England Patriots. I collect toys (mostly Transformers but other stuff too), comic books, and Red Sox baseball cards. I watch an obscene amount of television and love going to the movies. I am hopelessly addicted to Wizard Rock and I write Harry Potter Fanfiction, though these days I am working on a couple of different original YA novels.
View all posts by lmb3 →
This entry was posted in Toy Reviews, Toys, Transformers and tagged Optimus Prime, Toys, Transformers, Ultimate Optimus Prime, Year of the Dragon, Year of the Dragon Optimus Prime. Bookmark the permalink.