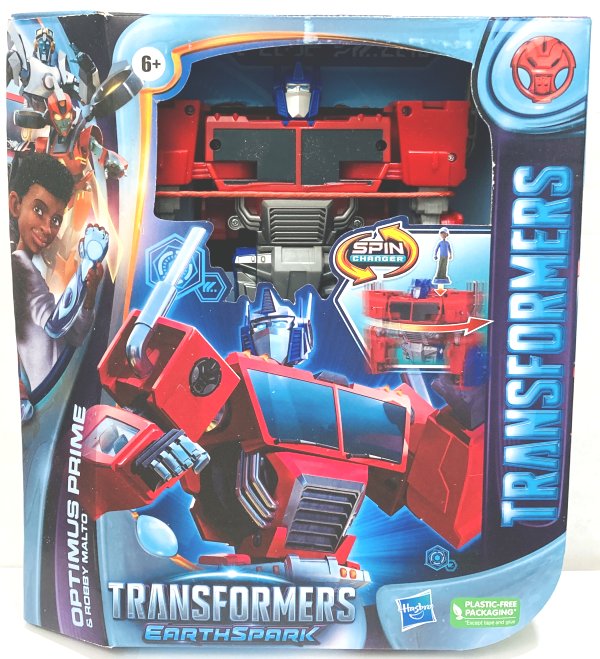 Optimus Prime comes with a figure of Robby Malto that activates Optimus Prime’s action feature, if you can call it that. 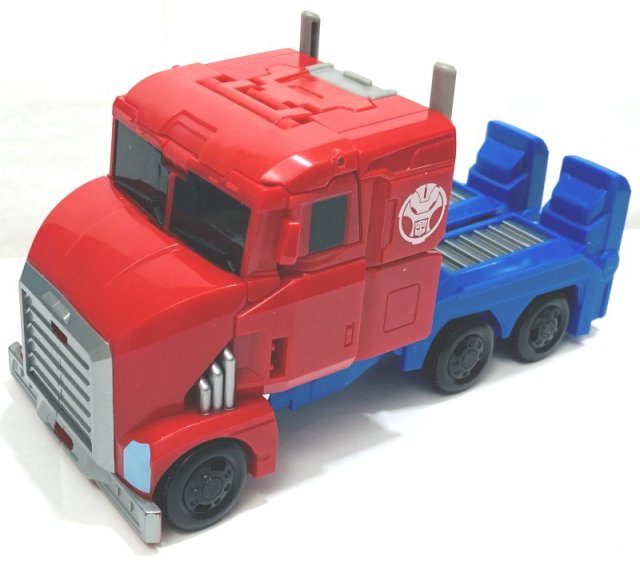 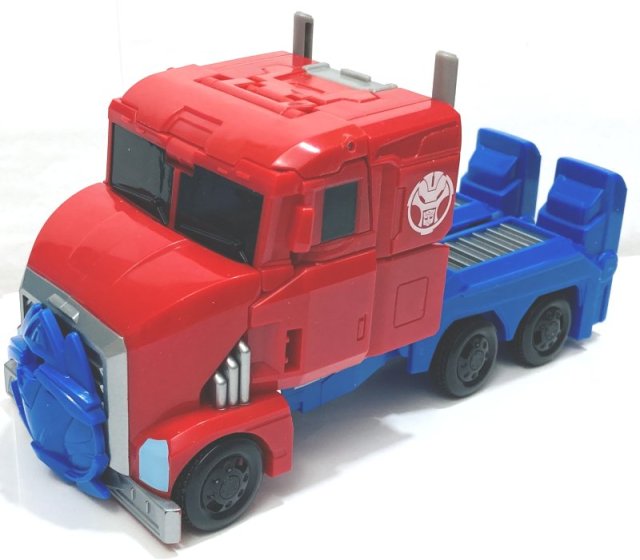 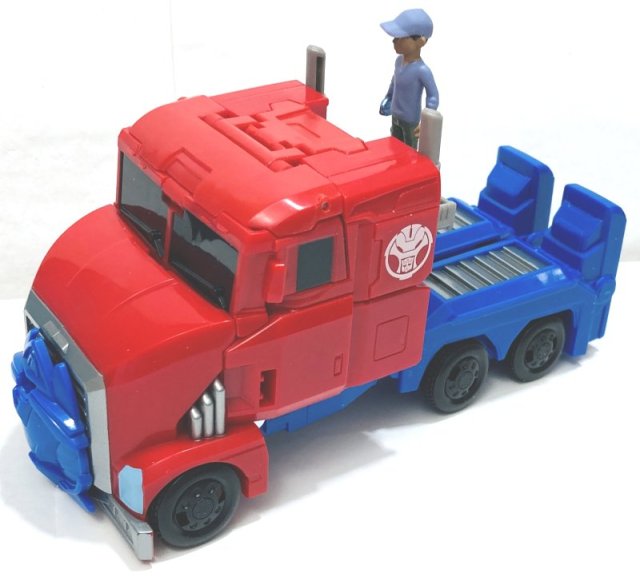 Vehicle Mode: Optimus Prime’s vehicle mode is okay, but there is a huge hole under his cab where a gas can should be, or the body of the cab should be extended down. It looks really stupid. Otherwise the overall design is decent enough, but he needed some paint apps, especially a silver tripe around his cab. 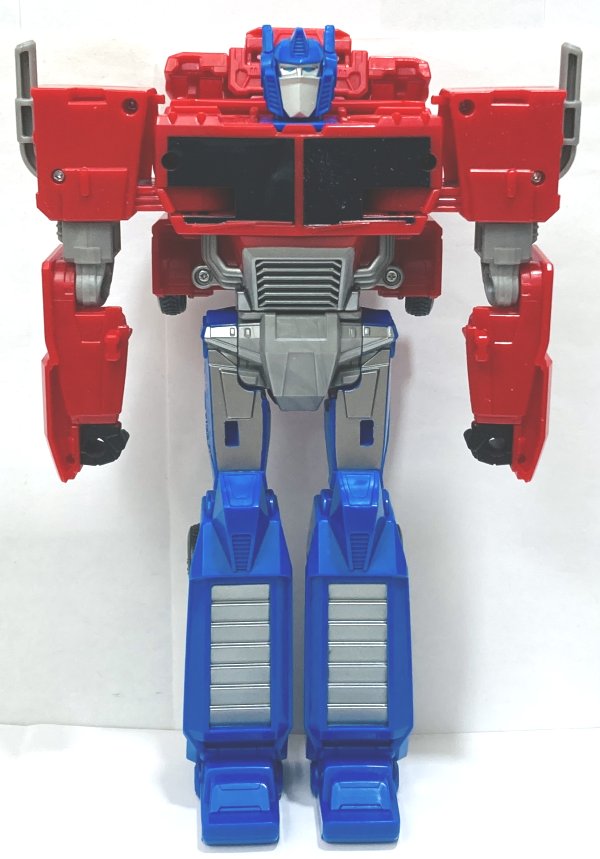 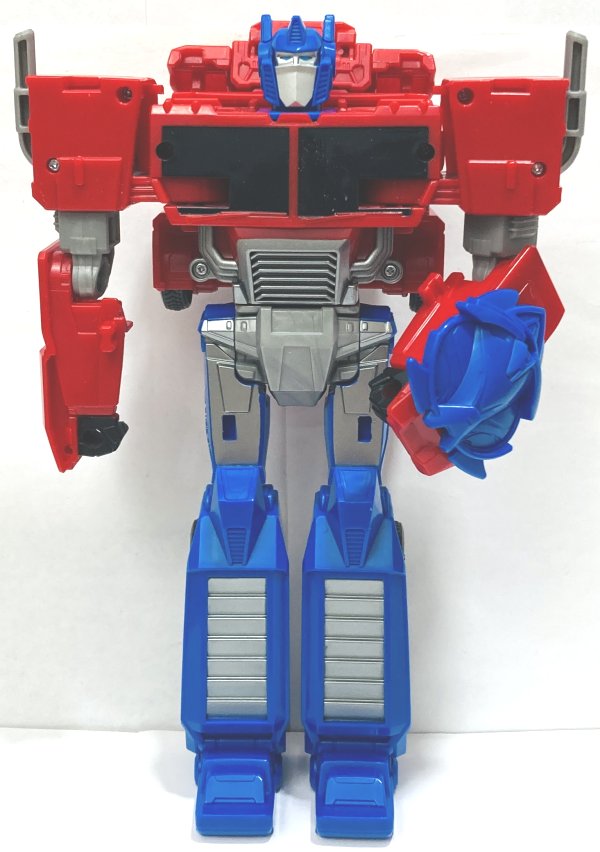 Robot Mode: In robot mode Optimus Prime looks pretty good, I just wish he had a weapon, all he has is a shield. Paint apps are decent, and I like his head sculpt. 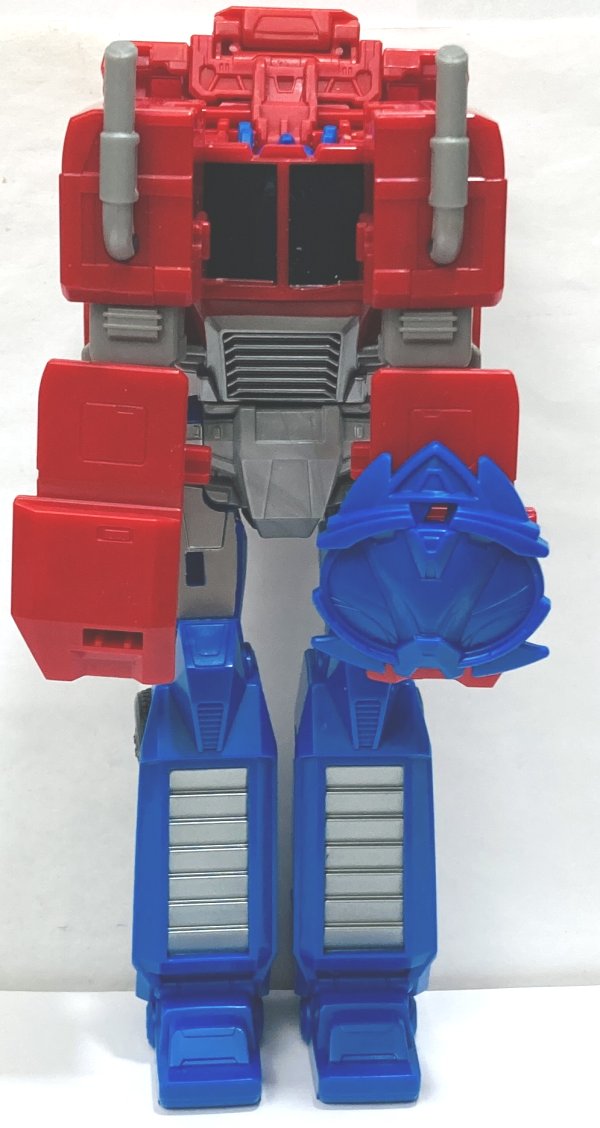 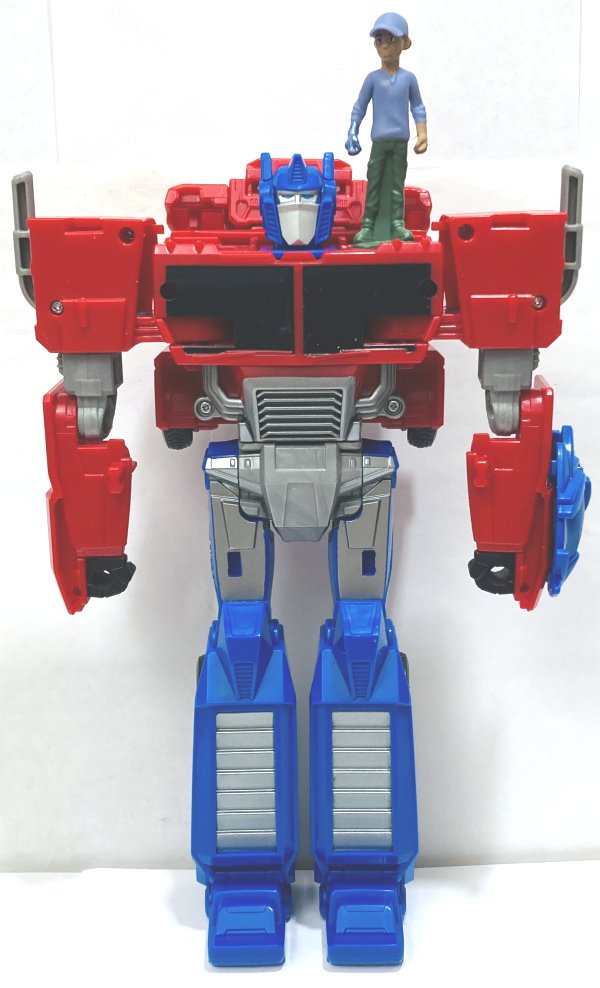 Action Feature: Optimus Prime has a completely pointless action feature. You partially un-transform him, then put the figure on his shoulder and he re-transforms and spins round. It’s grotesquely stupid.

Overall: The figure is okay, but the action feature is moronic. I assumed being a “Spin Changer” meant that spinning would transform him. My mistake was using logic.

I’m 36 years old, and I work in network tech support for a public school system. I am a huge fan of Star Trek, Transformers, Harry Potter, and Marvel Comics as well as numerous other fandoms. I’m a big sports fan, especially the Boston Red Sox and the New England Patriots. I collect toys (mostly Transformers but other stuff too), comic books, and Red Sox baseball cards. I watch an obscene amount of television and love going to the movies. I am hopelessly addicted to Wizard Rock and I write Harry Potter Fanfiction, though these days I am working on a couple of different original YA novels.
View all posts by lmb3 →
This entry was posted in Toy Reviews, Toys, Transformers and tagged EarthSpark, Optimus Prime, Spin Changer, Toys, Transformers, Transformers EarthSpark. Bookmark the permalink.