Leadfoot is pretty darn awesome. As G2 paintjobs go, Leadfoot’s is pretty tame, but he looks great and I love his head sculpt. My only complaint is that I can’t get his arms to completely peg down in vehicle mode. 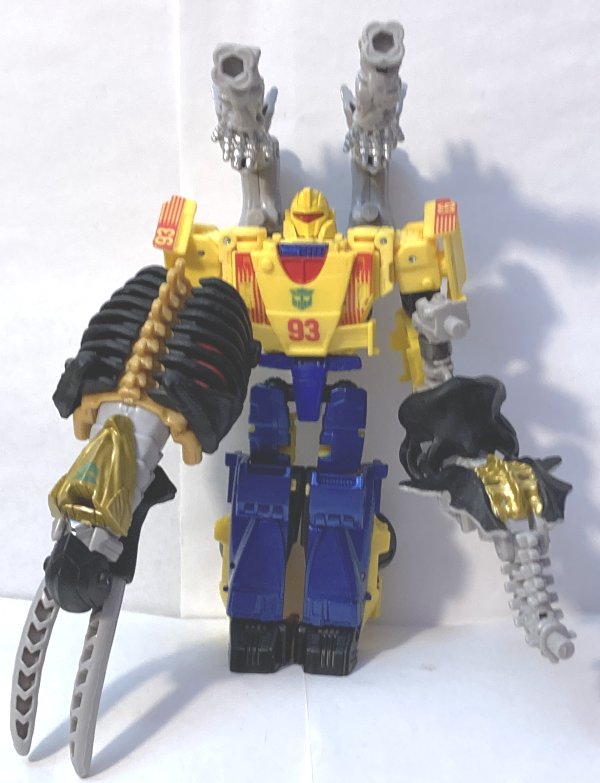 Masterdominus is a significant remold of Ractonite, so significant, that he seems to have more new parts than original ones. He does look great. I love his paint job.

Overall: This is a pretty cool set, and definitely the best of all the Wreckers sets, so I highly recommend it.

And, as the last one released, we can now create the Wrecker’s Hammer built from cardboard pieces included with each toy. Is it great, no, but it does hold together fairly well without any tape or glue. I hope we didn’t pay extra for this. (We probably did.) I would have rather have had Bulkhead’s hammer accessory included with each toy.