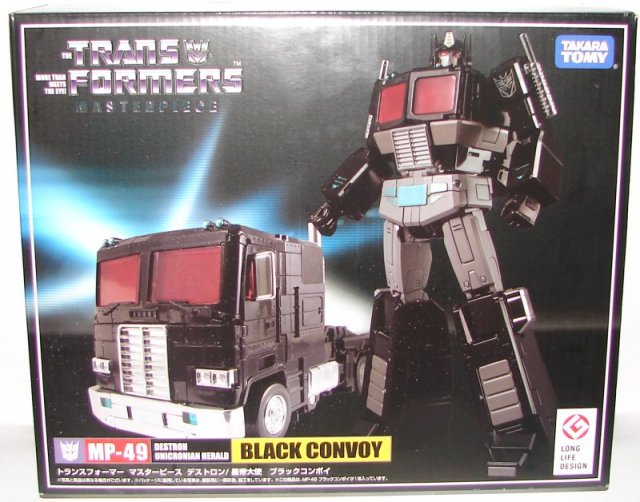 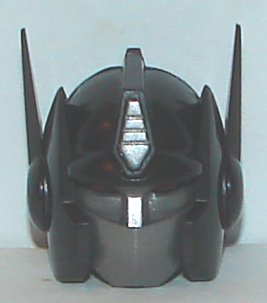 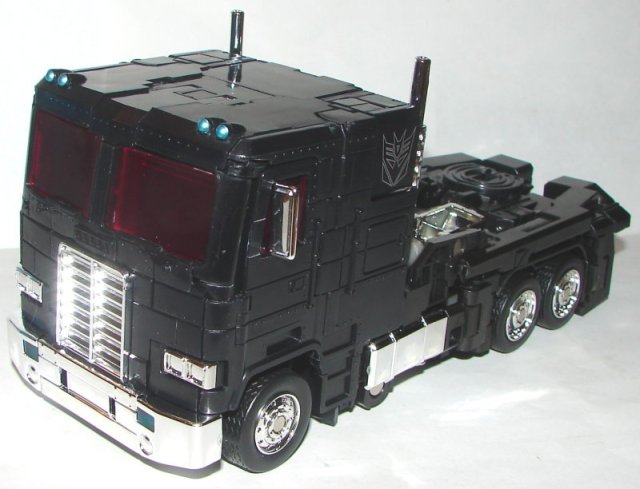 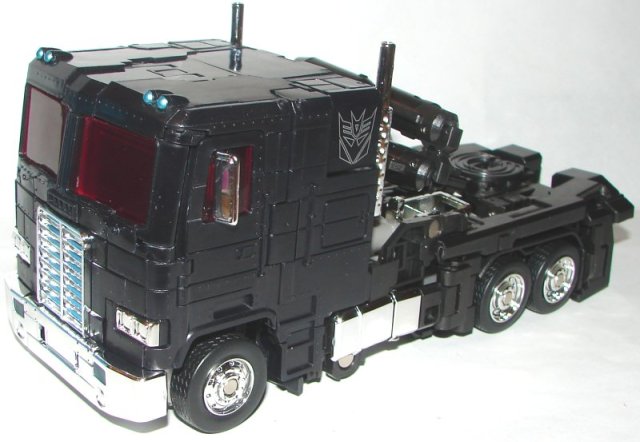 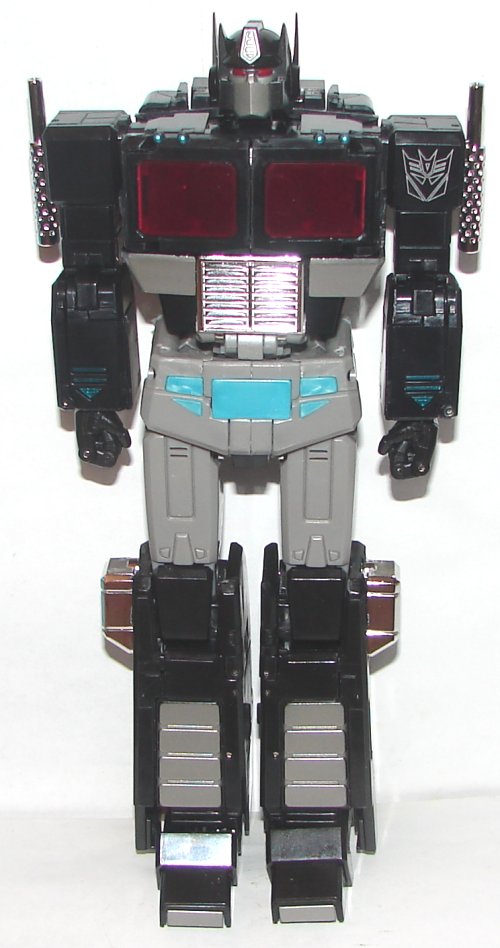 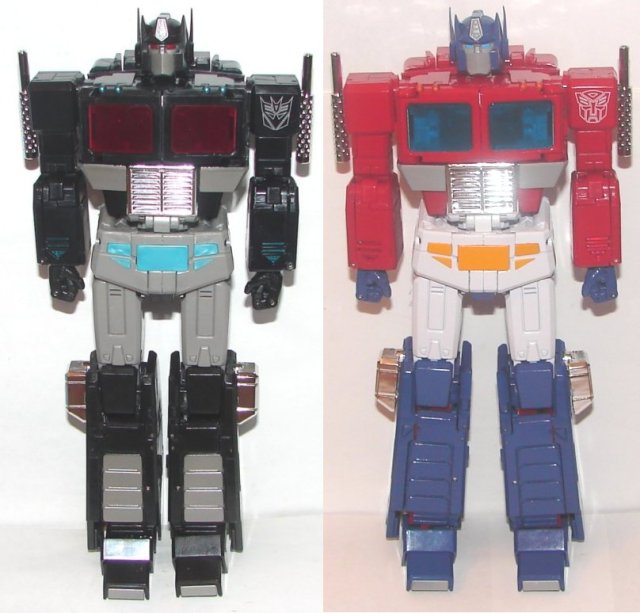 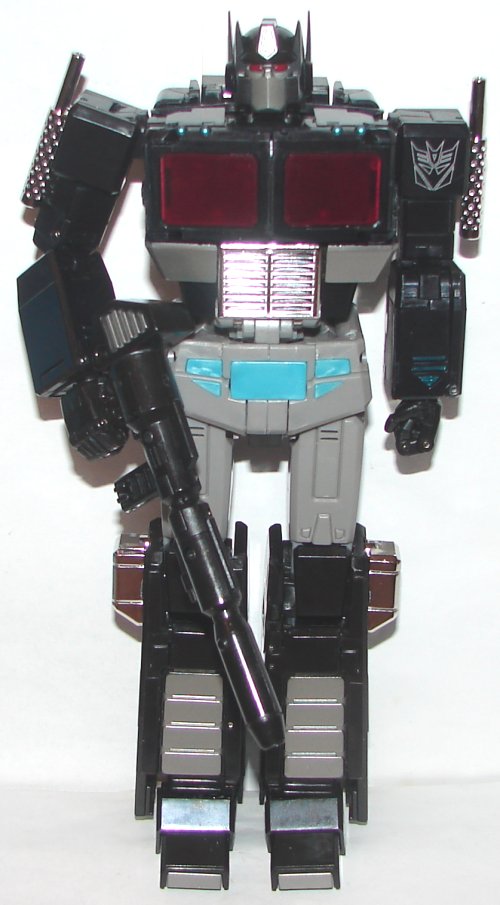 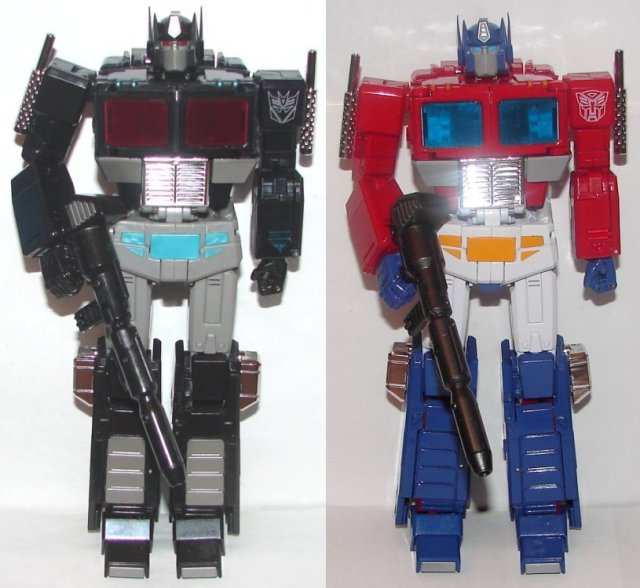 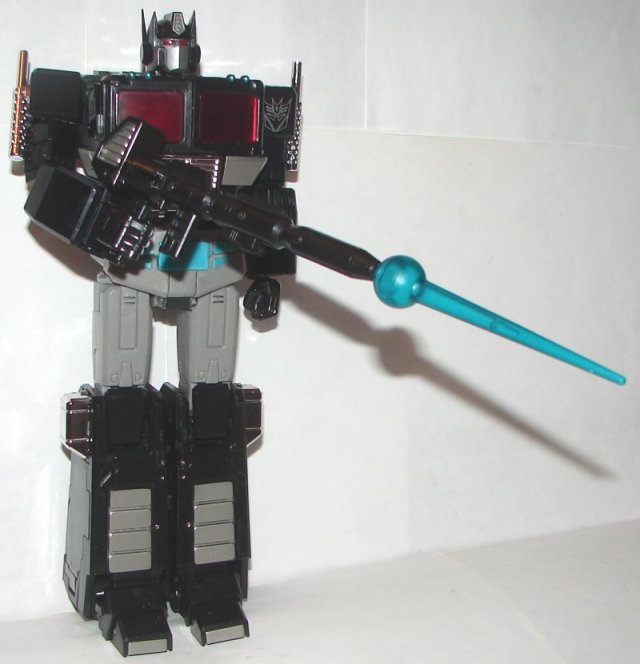 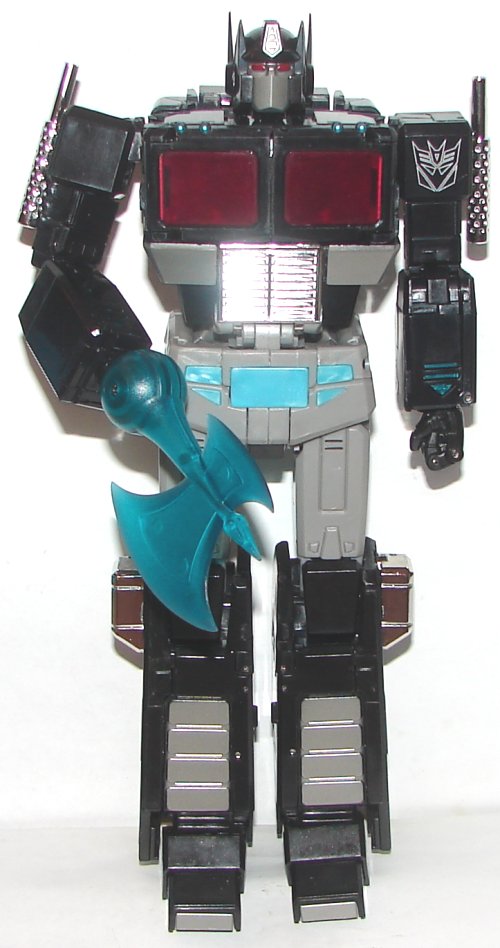 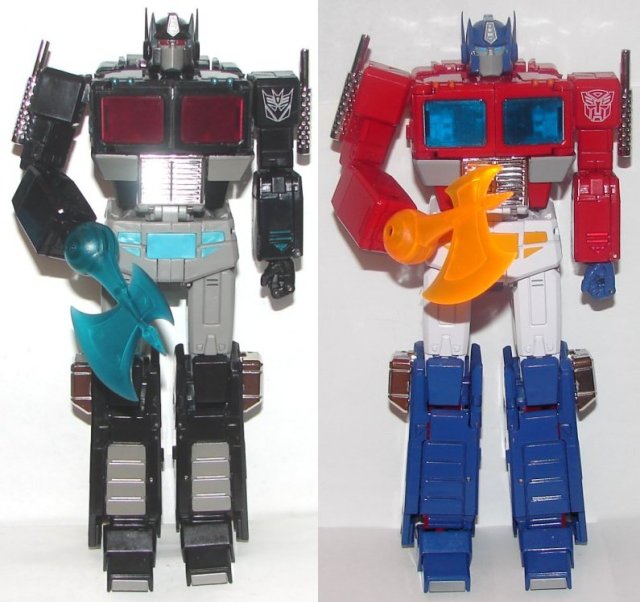 I blame Takara for this “all Optimus Prime’s must be repainted black” world that we live in. I tried to talk myself into skipping it, but as I have almost every Masterpiece toy, I couldn’t bring myself to do it (or not to do it). He’s still over-engineered, but now he’s black. At least they didn’t include the trailer so he was a little more reasonably priced.

I’m 36 years old, and I work in network tech support for a public school system. I am a huge fan of Star Trek, Transformers, Harry Potter, and Marvel Comics as well as numerous other fandoms. I’m a big sports fan, especially the Boston Red Sox and the New England Patriots. I collect toys (mostly Transformers but other stuff too), comic books, and Red Sox baseball cards. I watch an obscene amount of television and love going to the movies. I am hopelessly addicted to Wizard Rock and I write Harry Potter Fanfiction, though these days I am working on a couple of different original YA novels.
View all posts by lmb3 →
This entry was posted in Toy Reviews, Toys, Transformers and tagged Black Convoy, Masterpiece, Masterpiece Optimus Prime, MP-49, Nemesis Prime, Toys, Transformers, Transformers Masterpiece. Bookmark the permalink.