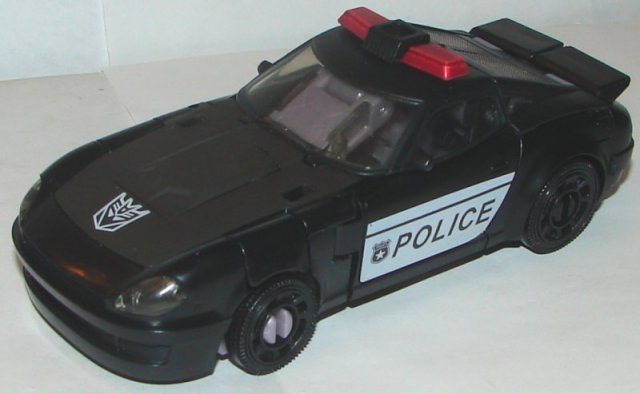 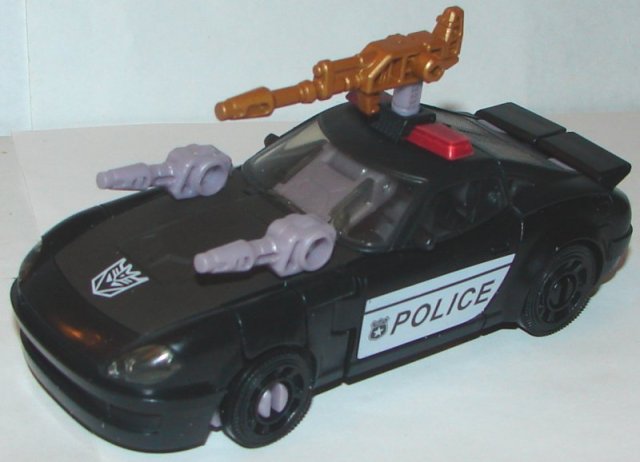 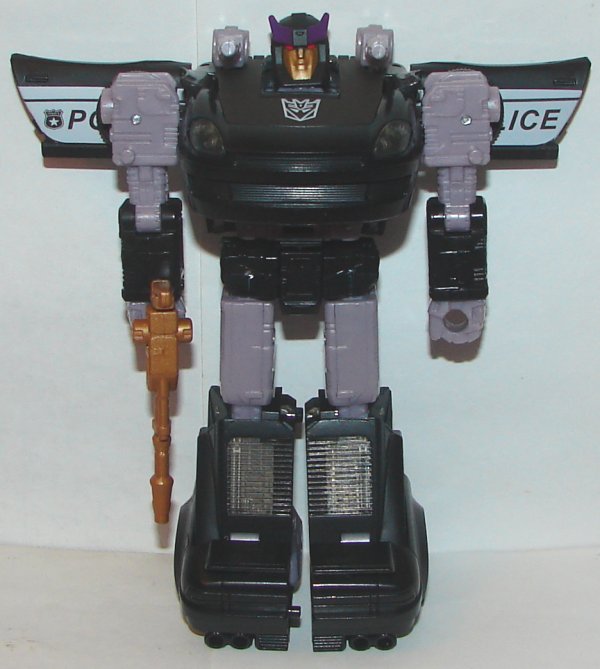 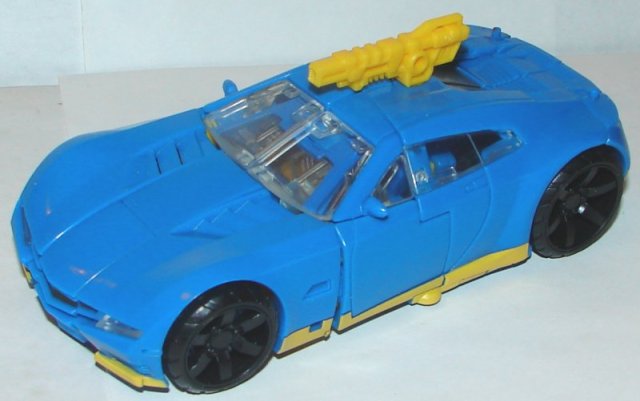 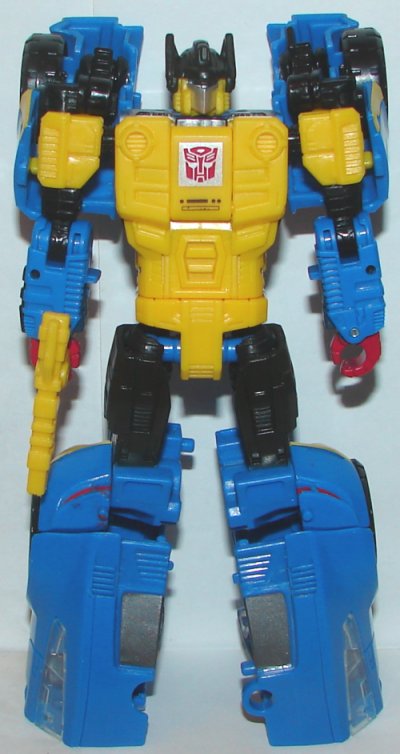 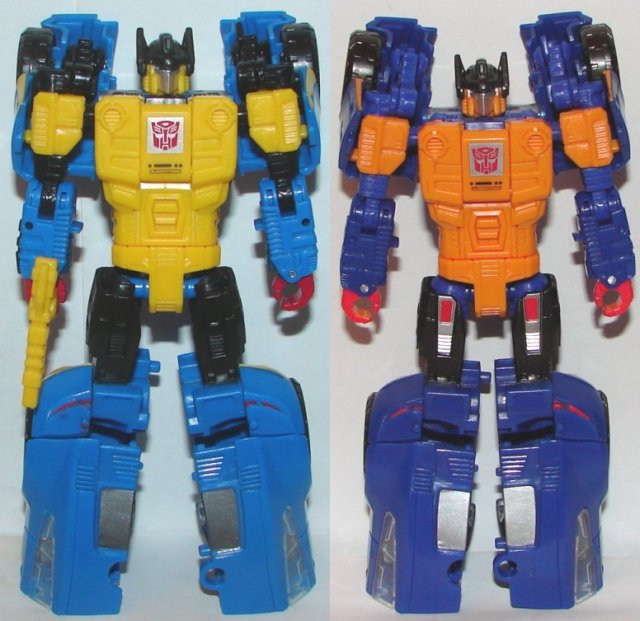 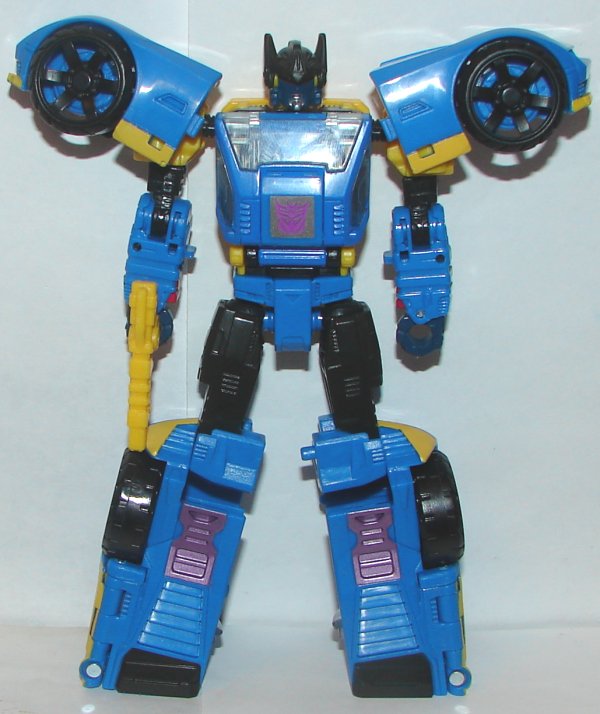 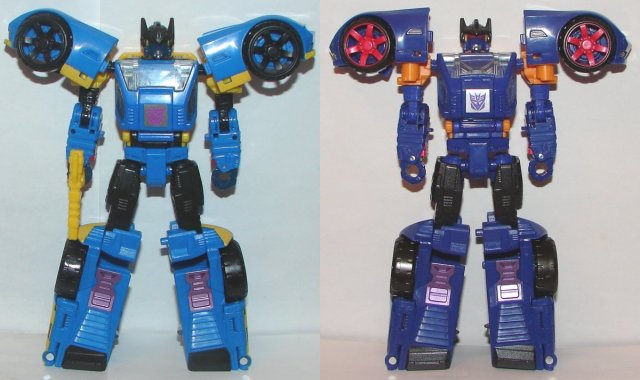 Previous Mold Use: Generations: Power of the Primes Deluxe Punch-Counterpunch

For some reason they decided to do Punch-Counterpunch again. I guess there is not much else you can do with the mold. For some other reason, they just decided to not paint him correctly. His colors are too light, and they didn’t paint his wheels. The original version was perfect. He looks fine in these colors, he’s just not Punch-Counterpunch.