Lifeline is a repaint of Arcee based on the green (though she looks more teal than green to me now) colored Arcees seen in the G1 episode Fight or Flee. They are known as Paradron Medics. I believe the first use of the name Lifeline for one of the Paradron Medics was by Anything-But-Fun Publications. Lifeline was a GI Joe character, and they used GI Joe names sometimes to avoid having to come up with anything themselves. She looks great. Maybe it was just that I was being more careful, but her vehicle mode fin didn’t pop out as easily as Arcee’s. Might just be my Arcee that has an issue, I’m not sure. (I spent two hours looking for that damn thing when I got Arcee out of the box and it popped off.) 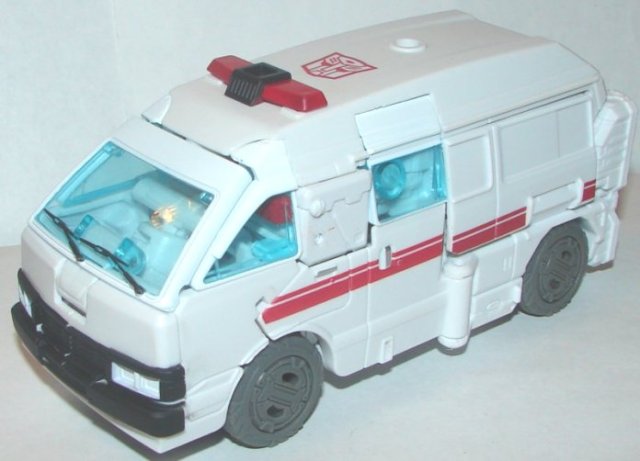 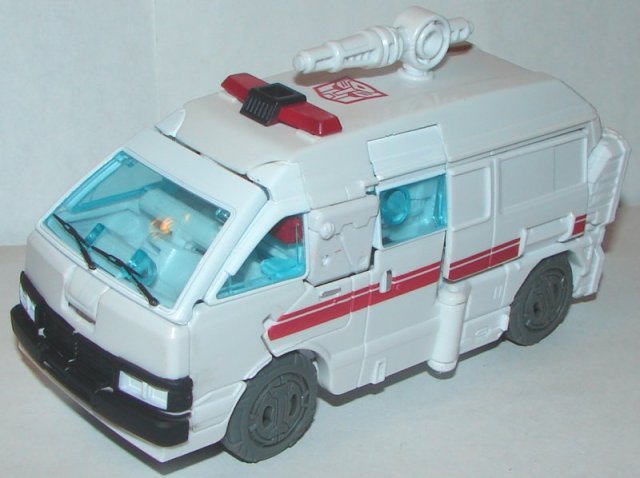 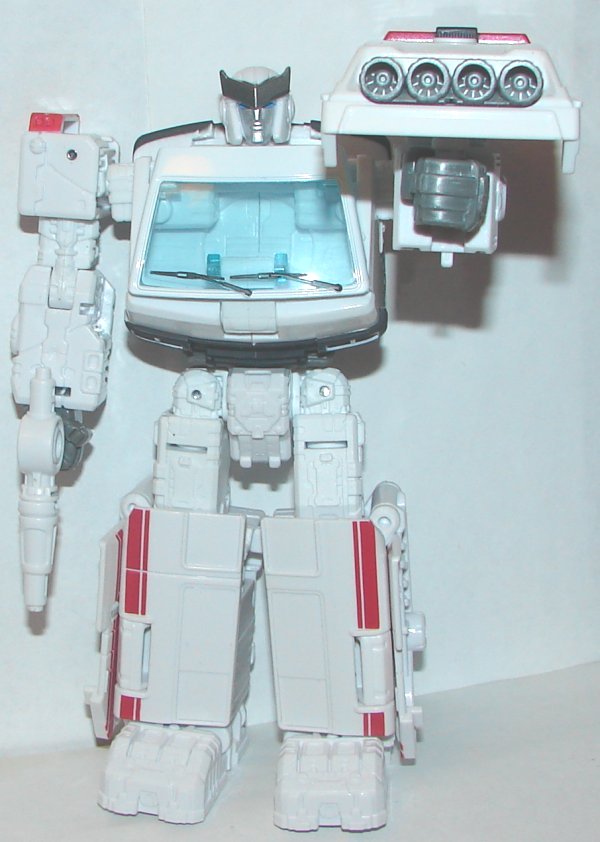 Ratchet looks even better than Ironhide! He’s the most perfect non-Masterpiece homage to G1 Ratchet ever. Since he does not have the black shoulders to show up on the sides of the vehicle, he doesn’t have the vehicle mode coloring problem Ironhide has. I love the translucent blue windows, I wish Ironhide had had those. My only complaint, is that I had hoped they would give Ratchet the repair arm for his sled. That was probably asking too much, but both should have had it.

Overall: Ratchet is awesome and an absolute must have. Lifeline is cool, but as a straight repaint of a non core character, she would be an easy skip for non-completists, but unfortunately, they come in a 2-pack.