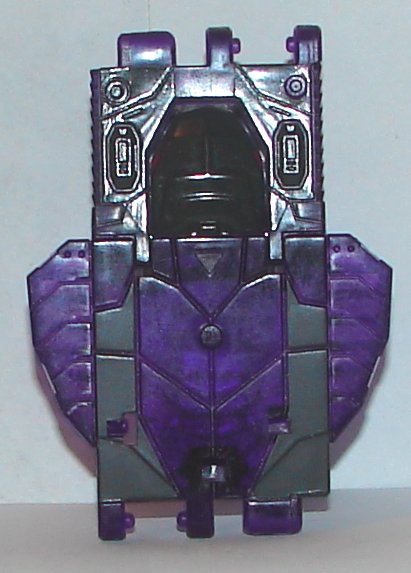 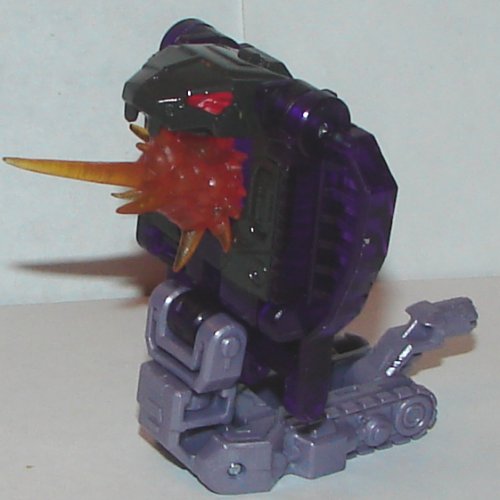 In cobra mode Slitherfang is awesome. I so much want one of these in blue with the red Cobra logo on it. I’m not sure what his blast effect is supposed to be in cobra mode. Is it supposed to be a gun on his chest? Unfortunately, I then transformed him. Slitherfang transforms into a…ramp. Apparently he is also a shield, but it’s hard to ignore that he looks less like a shield than he does a ramp being used as a shield. If those words sound familiar, that’s the same thing I said about Soundbarrier. In two waves, there are only two new Earthrise Battle Masters, and both transform into ramps. They couldn’t even be bothered to repaint and rename the Siege molds they shipped with them. They did such a good job on the new Targetmasters, and now we’re getting what? Rampmasters? I can almost here the G1 commercial. “Rampmaster Transformers, less, much less than meets the eye!” Pathetic, Hasbro.

Overall: Ignoring his worthless alt mode, Slitherfang looks awesome, and is a must have, just don’t bother transform him.