Heartburn and Heatstroke are identical with the exception of their eye color. Not sure which is which, and I really don’t care. Hard to care about Targetmasters created for random toys when they didn’t bother include Targetmasters with toys that should have them. 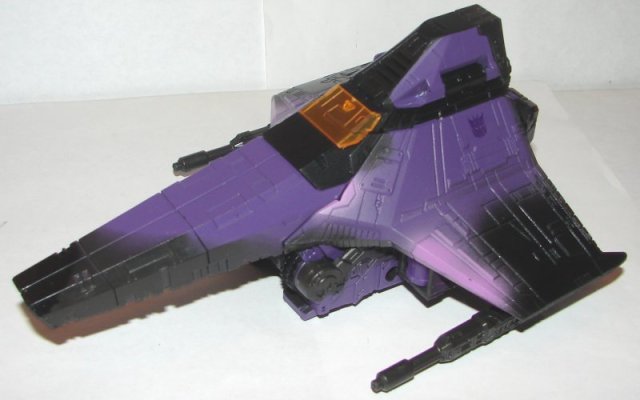 If you put Hotlink in front of me and asked me who it was I would have said Skywarp. Is he different, yes. Is he that different, no. You can clearly see the differences in the comparison photos, but I would have liked something more distinctly different from Skywarp.

Overall: I love this mold, so while he may look a whole lot like Skywarp, I’m still glad to have him. Kind of annoyed that it costs more than a regular Voyager to include Battle Masters. I would have happily paid more for Spinister or Pinpointer if they included their partners.