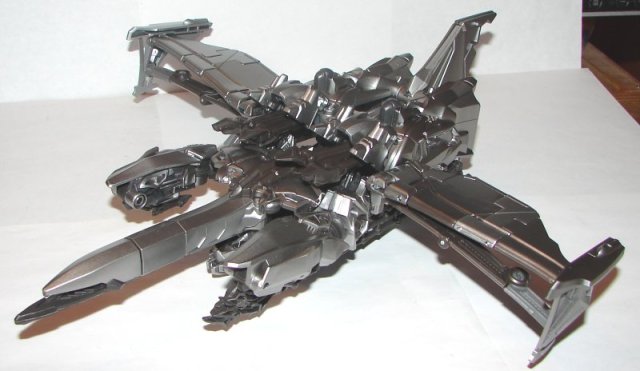 Vehicle Mode: Prior to his Earth vehicle mode in Dark of the Moon, I didn’t like any of Megatron’s alternate modes or their toys. I still don’t like this design as it’s basically, a robot that has been folded up to vaguely resemble a vehicle. Having said that, this is probably the best movie Megatron toy we’ve ever got. It’s far easier to transform than Masterpiece Movie Megatron, and for the most part he holds together very well. The connection between his arms and his chest right behind the nose of the jet isn’t terribly secure and tends to pop out. His forearms don’t lock in place either. I love the silver rather than the drab gray of the Studio Series Voyager Class Revenge of the Fallen Megatron. I still wish they’d repaint that toy in silver. 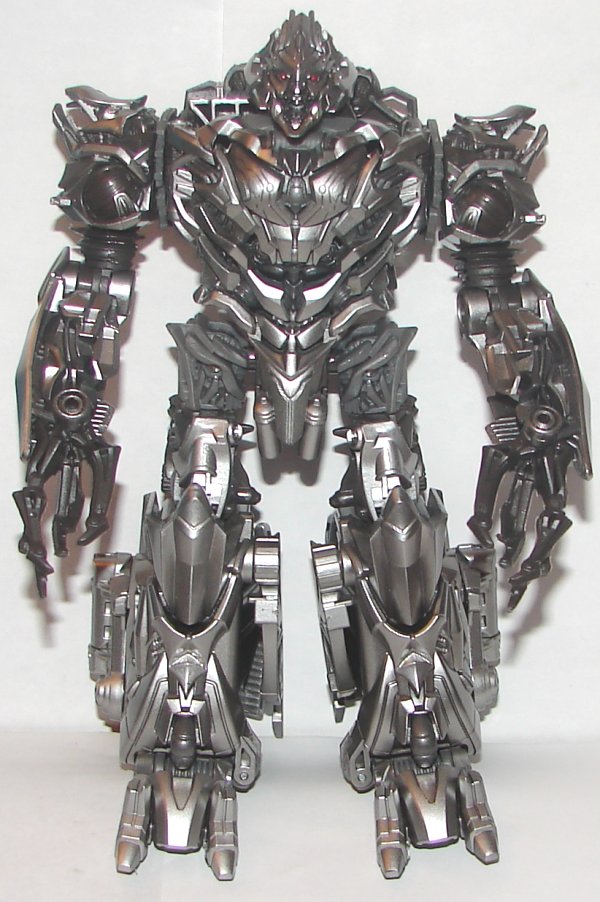 Robot Mode: While his vehicle modes haven’t been great, Megatron’s robot mode design has always been great, except for those hands. They’ve fixed the hand issue somewhat on this one by not having all the extra joints in his fingers that make them impossible to position.

Overall: My issues with his vehicle mode aside, Megatron looks pretty good, and you won’t spend an hour swearing at it trying to transform him like the Masterpiece version. If you have a movie Megatron standing on your shelf, I can’t imaging why you’d need another unless you’re a completist, but if you don’t have one, I would grab this one.

I’m 36 years old, and I work in network tech support for a public school system. I am a huge fan of Star Trek, Transformers, Harry Potter, and Marvel Comics as well as numerous other fandoms. I’m a big sports fan, especially the Boston Red Sox and the New England Patriots. I collect toys (mostly Transformers but other stuff too), comic books, and Red Sox baseball cards. I watch an obscene amount of television and love going to the movies. I am hopelessly addicted to Wizard Rock and I write Harry Potter Fanfiction, though these days I am working on a couple of different original YA novels.
View all posts by lmb3 →
This entry was posted in Toy Reviews, Toys, Transformers and tagged Megatron, Movie, Studio Series, Toys, Transformers, Transformers Studio Series, Transformers: Movie. Bookmark the permalink.