Vehicle Mode: Spinister is a Targetmaster without his Targetmaster partners, so that sucks. His helicopter mode looks great, but has one design flaw. One of his legs forms his cockpit, the other looks like another cockpit, but stores underneath the body of the helicopter. I fiddled with it for a half hour and I couldn’t get it to tab in properly. The tabs are barely in at all. You can’t really see it at this angle, so it’s not awful, but I’m always bothered when the vehicle mode does not tab together properly. Having a full cockpit for each leg was how he looked in his G1 box art, though the toy wasn’t designed that way at all. I appreciate the effort to make it look like the G1 box art, but if not designing his legs like that would have allowed it all to tab together properly, then they shouldn’t have done it this way. I like that they gave him two guns, so at least he has guns on both sides, even if they aren’t his Targetmasters. 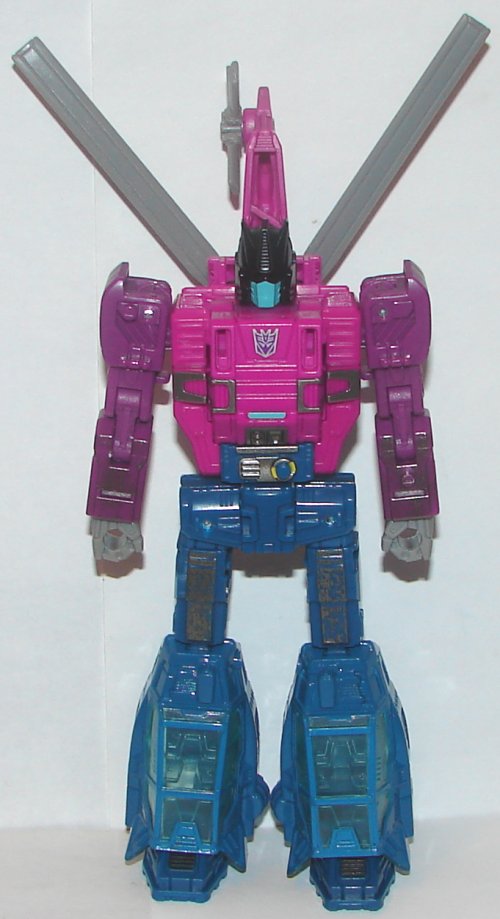 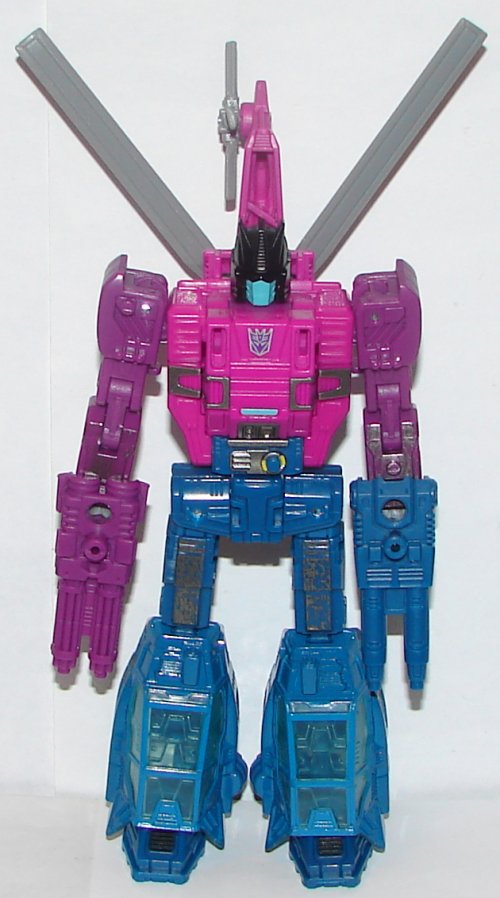 Robot Mode: Spinister looks great in robot mode. They designed his helicopter blades so they stay in place in robot mode and don’t fall off to one side of the other, which I really appreciate. I think I would have preferred his tail fold down on his back a little more, but that’s not a huge thing.

Overall: I really like Spinister, the design flaw aside, but not having his Targetmasters is a real problem for me. They managed to screw up some Targetmasters by making them Headmasters, and now they are doing them without their weapons at all. Both of Spinister’s Targetmasters are available in the Siege Battle Masters line (though one is in the Phantomstrike Squadron box set), but a toy should come with it’s proper accessories. Having to buy them separately really sucks. Due to the design of his helicopter mode, I’m not sure they would even fit on him.