I’m referring to these as Basics, but Hasbro didn’t actually bother to give this class a name.

I really like this Bumblebee. I love the design of the vehicle mode, and he looks pretty good in robot mode too. I like his head sculpt. Given that Authentics is basically a discount store line, I was surprised they painted his face and eyes. I just wish they could have put some black striping on his hood, roof, and trunk. Some taillights would have been nice too. Still, a much better toy than I was expecting. 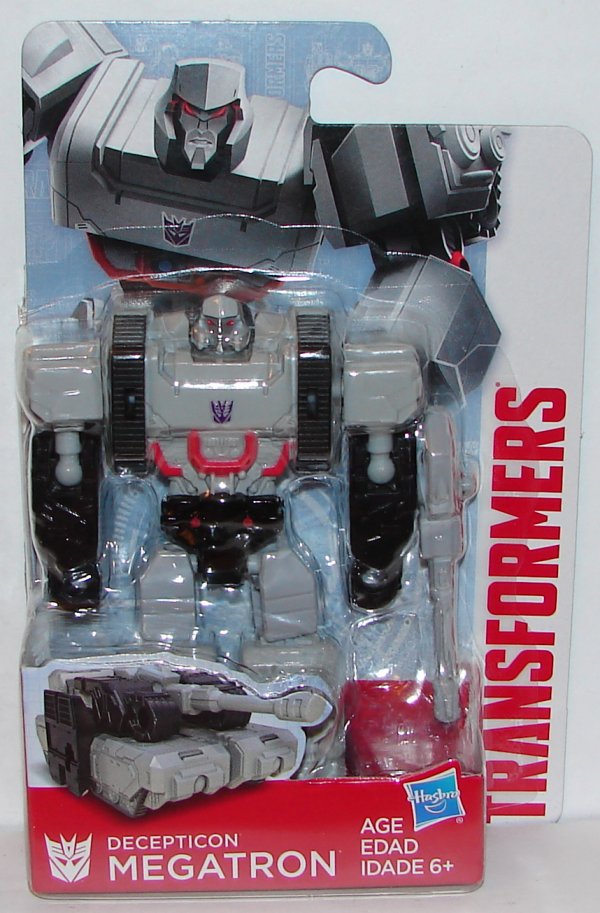 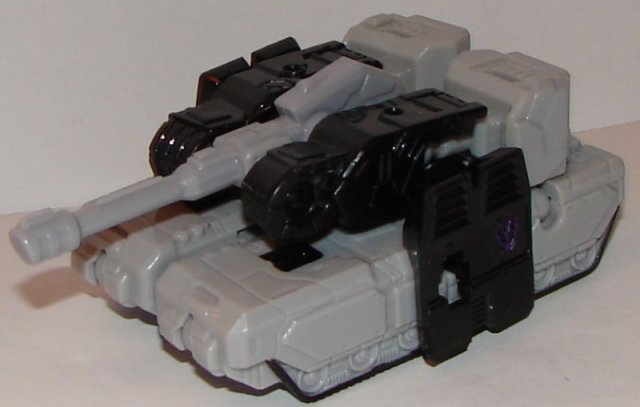 Aside from his rather anemic arm cannon, Megatron looks pretty good in both modes. His face is weird. It’s very thin and kind of comes to a point. Very odd. His tank mode isn’t bad, though it could have used a few paint apps. 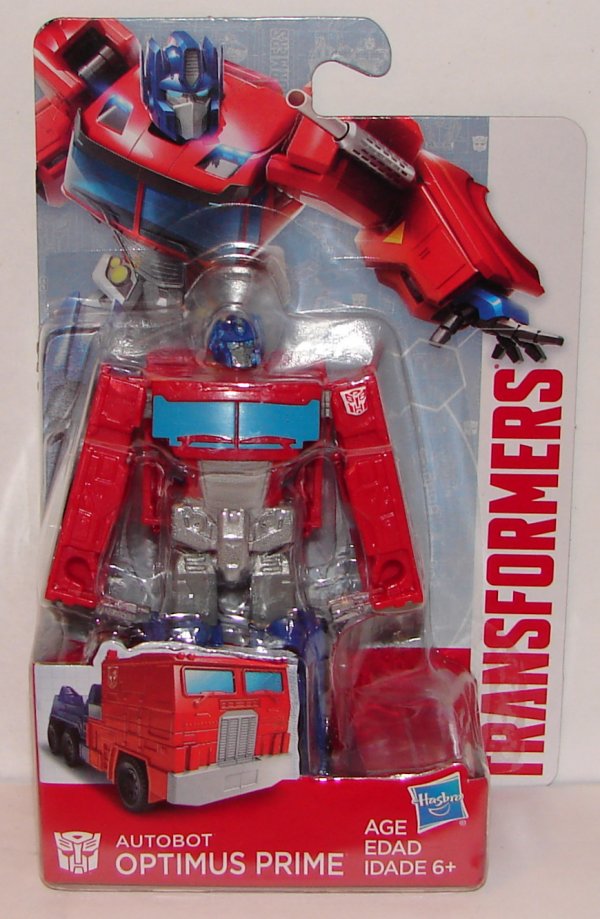 Optimus Prime’s head sculpt looks great. If only the bumpers protruding from the inside of his hands could flip down flat against his arms. His vehicle mode is not bad, but they failed to paint his side windows, which makes it look really odd. 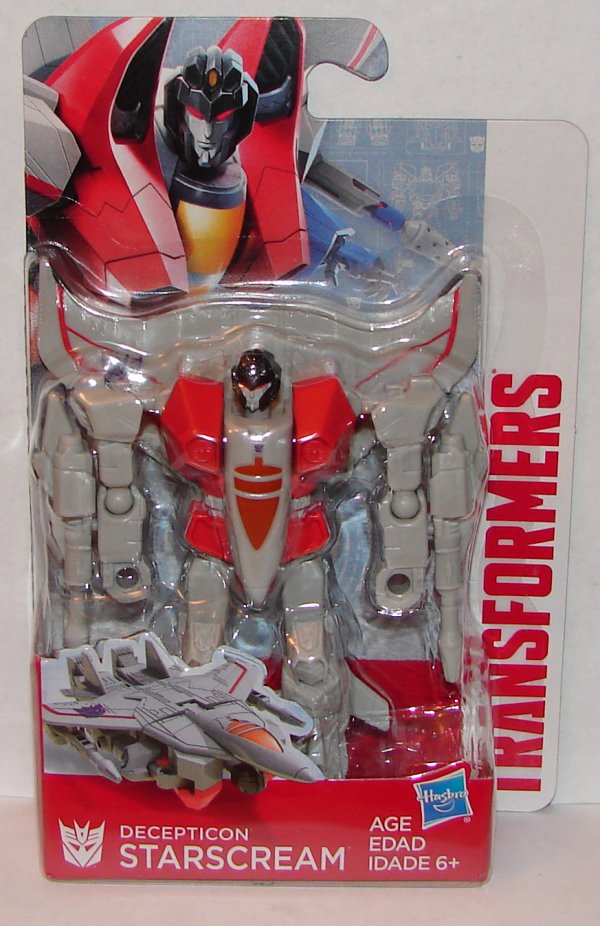 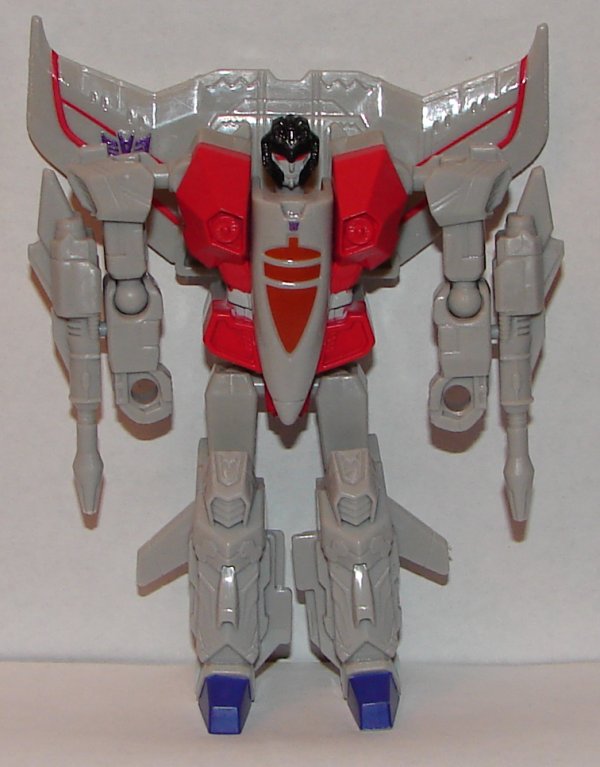 Starscream’s robot mode is pretty good. Could use a few more paint apps. I like his head sculpt, though it doesn’t really look like Starscream. His jet mode is a dumpster fire. His arms don’t completely fold in at his sides like they should, and his feet are sticking out the back of the jet. I’ve seen worse, but it’s just not good.

Overall: Bumblebee is the best of the bunch, Megatron and Optimus Prime middle of the road, and Starscream is a dumpster fire.

I’m 36 years old, and I work in network tech support for a public school system. I am a huge fan of Star Trek, Transformers, Harry Potter, and Marvel Comics as well as numerous other fandoms. I’m a big sports fan, especially the Boston Red Sox and the New England Patriots. I collect toys (mostly Transformers but other stuff too), comic books, and Red Sox baseball cards. I watch an obscene amount of television and love going to the movies. I am hopelessly addicted to Wizard Rock and I write Harry Potter Fanfiction, though these days I am working on a couple of different original YA novels.
View all posts by lmb3 →
This entry was posted in Toy Reviews, Toys, Transformers and tagged Authentics, Bumblebee, Megatron, Optimus Prime, Starscream, Toys, Transformers, Transformers: Authentics. Bookmark the permalink.