When I first saw the announcement of a tenth anniversary Transformers movie toyline in Japan called “Movie the Best” I assumed that was a bad translation. I mean, really, how stupid a name is “Movie the Best”? Apparently not stupid enough as that is the actual name of the line. In any case, I’m only getting the toys with mold changes or added weapons. I’ve never reviewed this mold before. 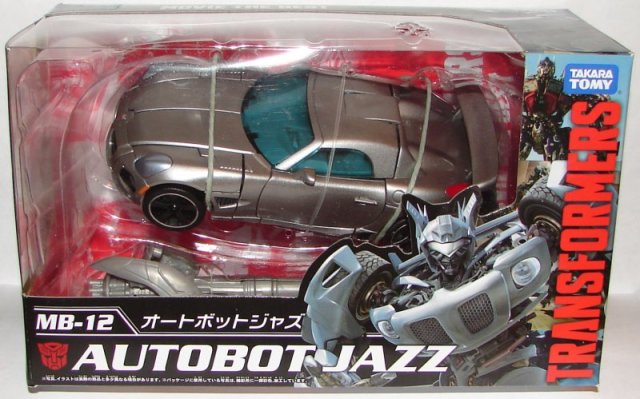 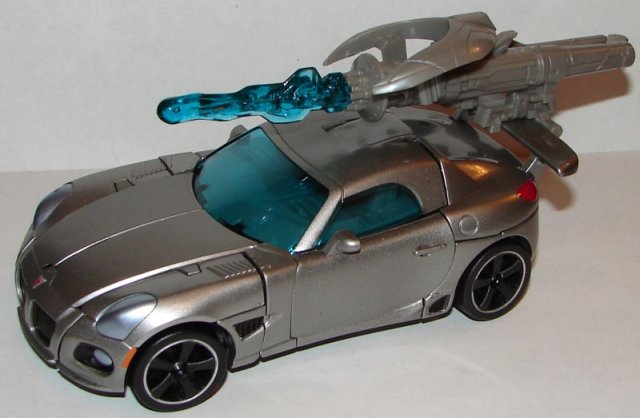 Vehicle Mode: There were a lot of great toys from the first movie. Deluxe Jazz was not one of them. His car mode looks great, and this version in silver looks awesome, but his robot mode was another story. 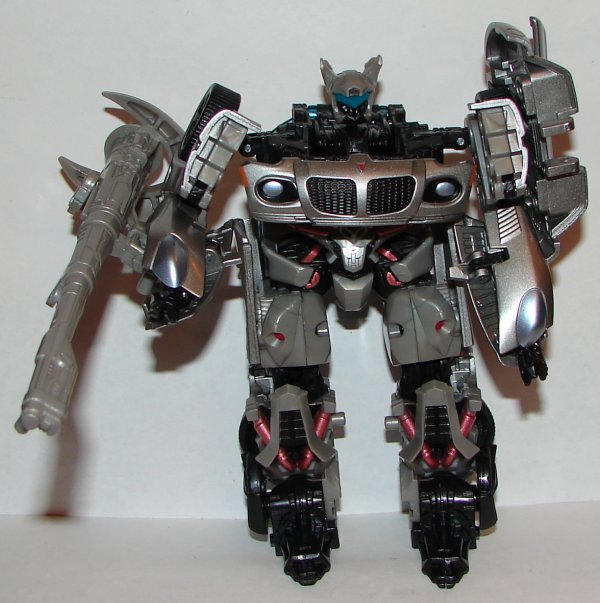 Robot Mode: He has big thick legs and a big barrel chest. I never liked the look of him. He comes with the weapon from the Final Battle Jazz remold. It’s not a terrible toy, there are worse, but it could have been better.

Overall: The silver does look great on his vehicle mode, but it’s hard to recommend this Jazz. It’s just not a great toy. Hopefully the Studio Series Jazz will be better.

I’m 36 years old, and I work in network tech support for a public school system. I am a huge fan of Star Trek, Transformers, Harry Potter, and Marvel Comics as well as numerous other fandoms. I’m a big sports fan, especially the Boston Red Sox and the New England Patriots. I collect toys (mostly Transformers but other stuff too), comic books, and Red Sox baseball cards. I watch an obscene amount of television and love going to the movies. I am hopelessly addicted to Wizard Rock and I write Harry Potter Fanfiction, though these days I am working on a couple of different original YA novels.
View all posts by lmb3 →
This entry was posted in Toy Reviews, Toys, Transformers and tagged Age of Extinction, Dark of the Moon, Jazz, Movie The Best, Revenge of the Fallen, Toys, Transformers, Transformers Dark of the Moon, Transformers Revenge of the Fallen, Transformers: Movie the Best. Bookmark the permalink.