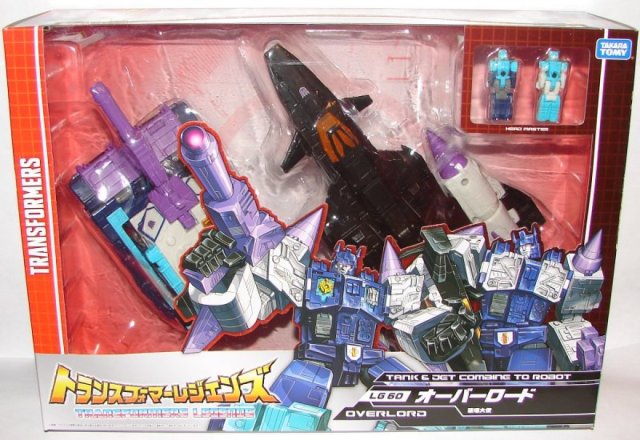 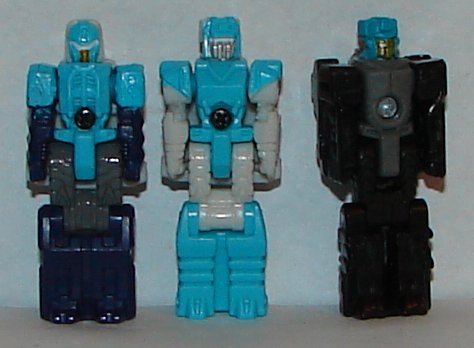 Both are better head sculpts than the USA version. Giga and Mega’s robot modes have more detailed paint apps. 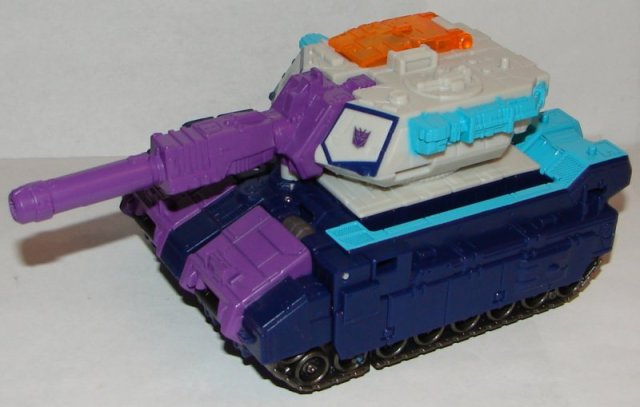 Tank Mode: I like the dark blue on the Japanese version’s tank mode. The orange door is darker than the USA version. The black outline around the front sides of the turret looks great as does the teal paint on the sides of the turret.

Jet Mode: In jet mode, the only major difference is that the Japanese version does not have the stickers. There are a couple of paint apps that have been removed or altered. I kind of prefer the USA version. Though I hate the use of stickers, the detail is nice.

I noticed that the Japanese version was assembled differently from the USA version. The small purple wings are on the opposite sides. You can see it at the base as the wings pivot point is off center. Based on how hard it is to flip over the ones on my USA version, I assume that it is not assembled correctly. What I don’t know is whether all USA versions are wrong, or just mine. 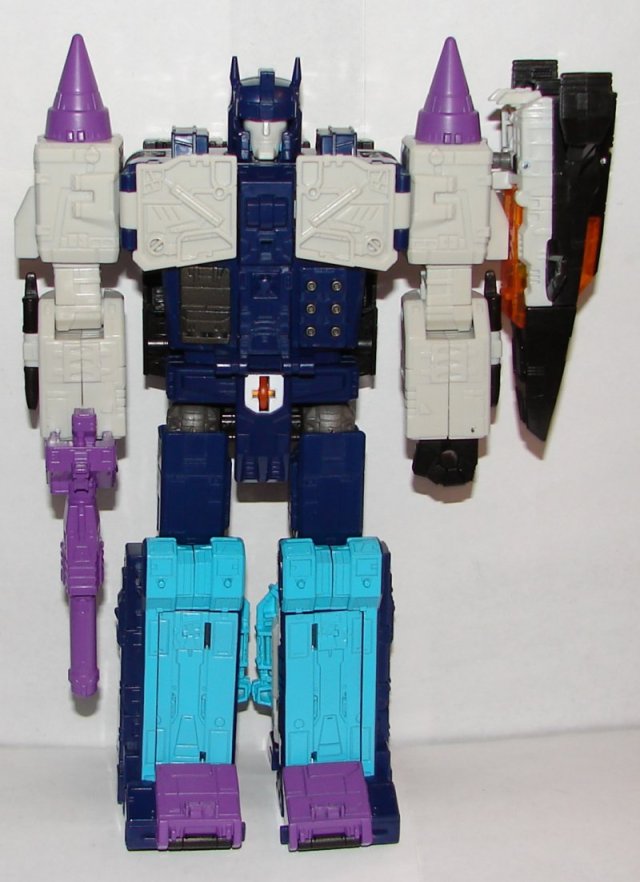 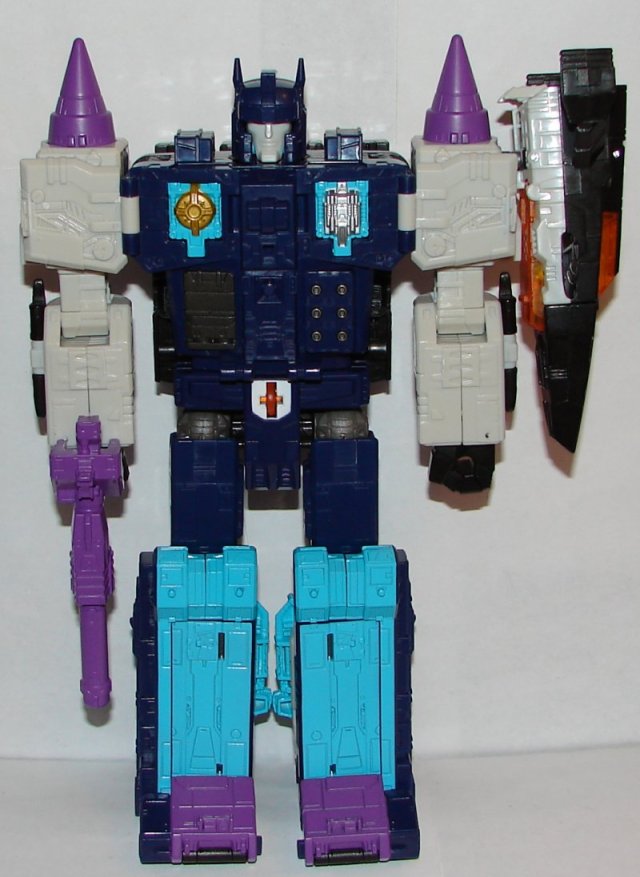 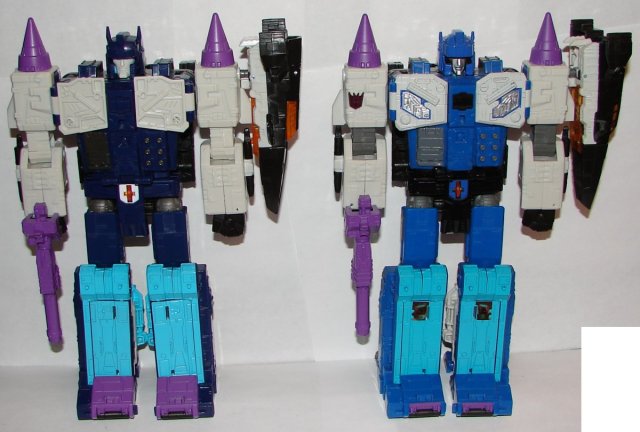 Robot Mode: I like the new helmet. It has a smaller forehead than the USA version. I like the darker blue color scheme. The only thing I don’t like is the new chest panels. They almost look like the unfinished back of something. The USA version looks much better and has painted details, not stickers, which made it look a little more like the original toy. The USA version has openings for Titan Masters in his chest, but the Japanese version has the Powermaster engines molded in. I am not sure if they are removable. They are the same shape as the Enigma of Combination that comes with Power of the Primes Voyager Class and Leader Class toys.

Overall: Overall, I prefer the Japanese version of the toy, but it’s not a slam dunk. I really don’t like the molding on the chest.

I’m 36 years old, and I work in network tech support for a public school system. I am a huge fan of Star Trek, Transformers, Harry Potter, and Marvel Comics as well as numerous other fandoms. I’m a big sports fan, especially the Boston Red Sox and the New England Patriots. I collect toys (mostly Transformers but other stuff too), comic books, and Red Sox baseball cards. I watch an obscene amount of television and love going to the movies. I am hopelessly addicted to Wizard Rock and I write Harry Potter Fanfiction, though these days I am working on a couple of different original YA novels.
View all posts by lmb3 →
This entry was posted in Toy Reviews, Toys, Transformers and tagged Giga, Legends, Mega, Overlord, Toys, Transformer Legends, Transformers. Bookmark the permalink.