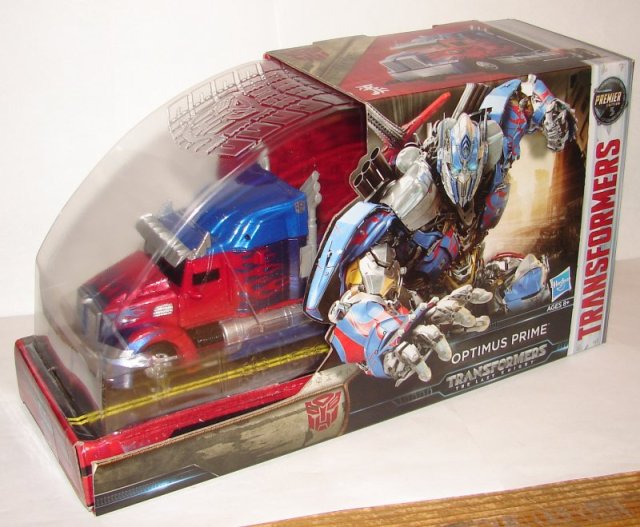 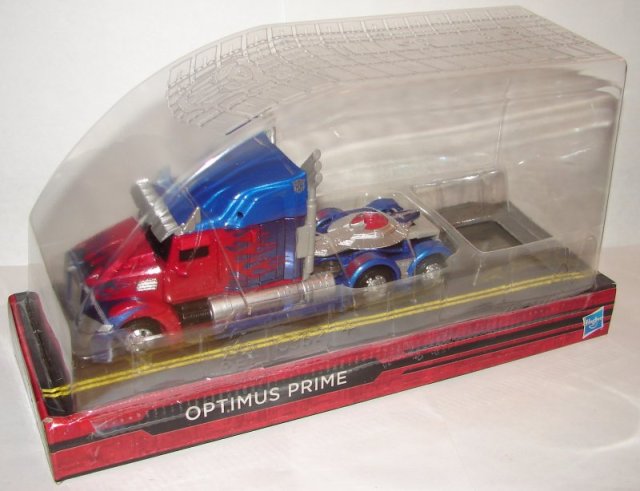 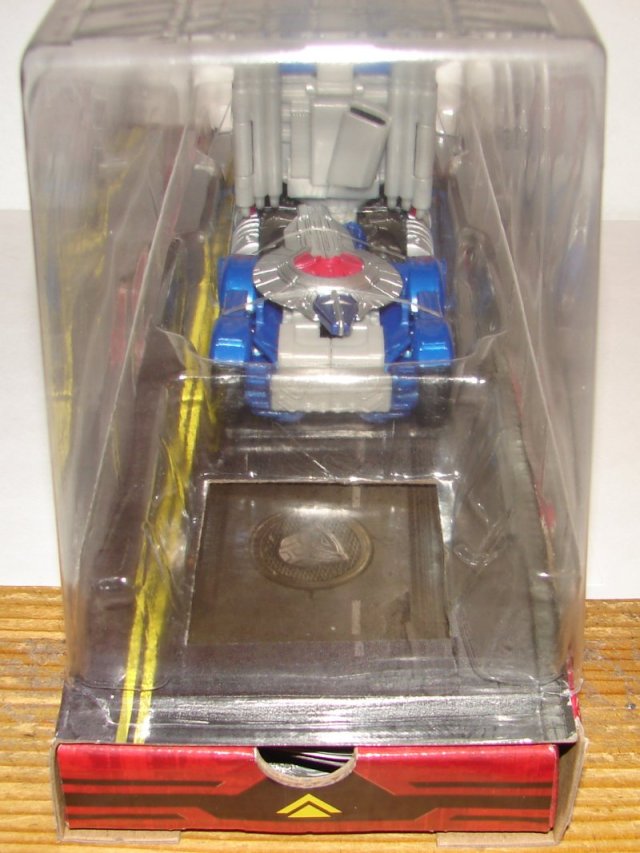 Hasbro has had a habit of over-packaging their SDCC exclusives. Fortunately, they seem to have simplified things this year. The SDCC The Last Knight Optimus Prime comes packaged in a bubble on top of a rectangular base with a sort of slipcover. You’ll notice that in the back there is empty space with a square where it looks like something is missing. It sort of is. 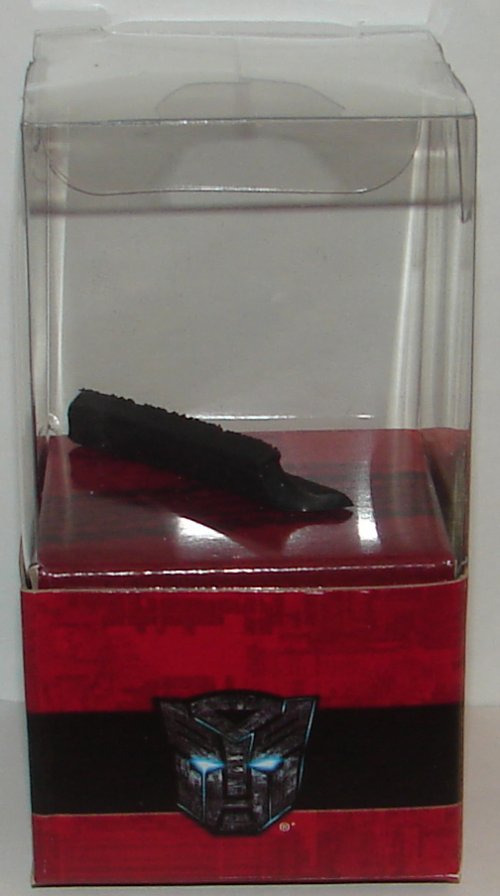 This is a piece of Optimus Prime’s tire from the movie. I assume the toy packaging was created with the plan to put the tire inside. However, that did not happen. It was given out separately with the purchase of the toy at SDCC. I don’t know if the ones that are being sold via HasbroToyShop.com come with it or not. I grabbed this one on eBay for not much more than retail so as not to miss out on the tire piece. 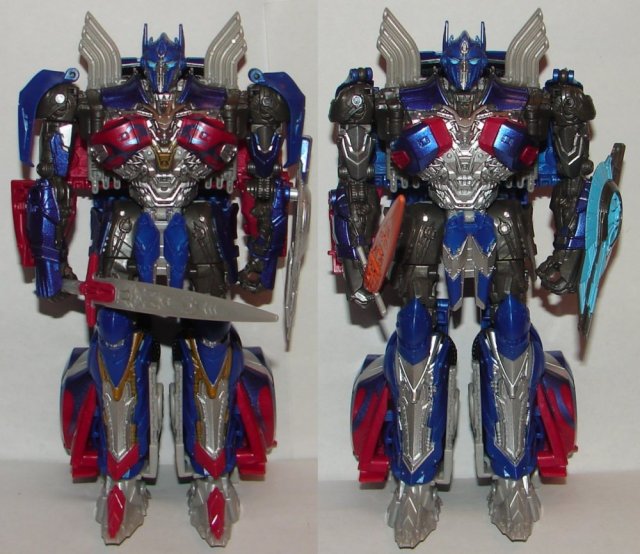 Read my review of the retail version here. In vehicle mode he has a different flame pattern, as well as flames on his rear fenders and silver paint between his rear wheels. In robot mode he has additional paint apps on his legs and feet. His arms have more blue on them, and he has more detailed red and blue paint on his chest, along with a few other minor paint additions.

Overall: Is it a better paint job? I little, though I prefer the retail version’s paint apps on his sword and shield. Frankly the best thing about this toy is the tire piece.

I’m 36 years old, and I work in network tech support for a public school system. I am a huge fan of Star Trek, Transformers, Harry Potter, and Marvel Comics as well as numerous other fandoms. I’m a big sports fan, especially the Boston Red Sox and the New England Patriots. I collect toys (mostly Transformers but other stuff too), comic books, and Red Sox baseball cards. I watch an obscene amount of television and love going to the movies. I am hopelessly addicted to Wizard Rock and I write Harry Potter Fanfiction, though these days I am working on a couple of different original YA novels.
View all posts by lmb3 →
This entry was posted in Toy Reviews, Toys, Transformers and tagged Optimus Prime, San Diego Comic Con, San Diego Comic Con 2017, SDCC, SDCC 2017, The Last Knight, TLK, Toys, Transformers, Transformers The Last Knight, Voyager. Bookmark the permalink.