My God this set sucks. The “16 Figure Set” includes Leader Class Jetfire, six action figures, and nine tiny lumps of plastic. It’s a joke calling this a 16 figure set. Let’s just get through the crap first.

Quin-Tillus, Biotron, Oberon, Acroyeay, Xant, Phenolo-Phi, Gammatron, Baron Karza, and Betatron. I don’t know which is which, and I don’t care. I just went with the orde they were packaged and listed on the box. If they wanted to include Micronauts they should have included an actual figure instead of this garbage.

Roadblock, Action Man, and Matt Trakker. Since when is Matt Trakker black? Whatever, I don’t care. I don’t collect any of these lines, and none, save maybe Roadblock, belong in a box with a Transformer. The figures are fine I guess. For some reason, Roadblock comes with two knives, but only has a sheath for one. 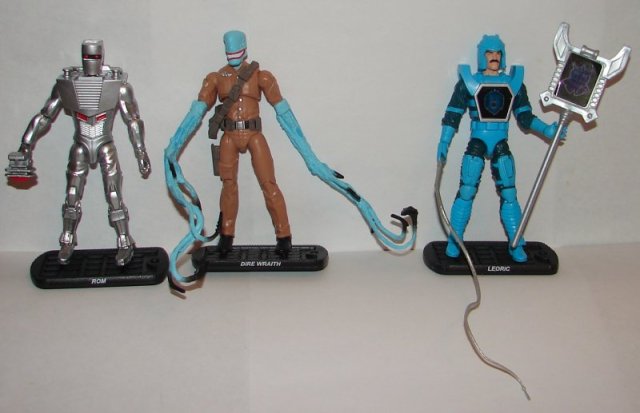 Rom, Dire Wraith, and Leoric. Why exactly did Rom rate having a villain in this set? The Rom figure is kind of cool, but I know nothing about Rom so it’s not exactly a big deal for me. The Dire Wraith figure has a holster but does not come with a gun to put in it. Leoric is, I’m guessing, a repurposed GI Joe body. His hand is not the right shape or size to hold his staff. He can barely hold his whip. Even more ridiculously, the original toys all had holograms on their chests and staffs. These don’t have holograms, just plain stickers. 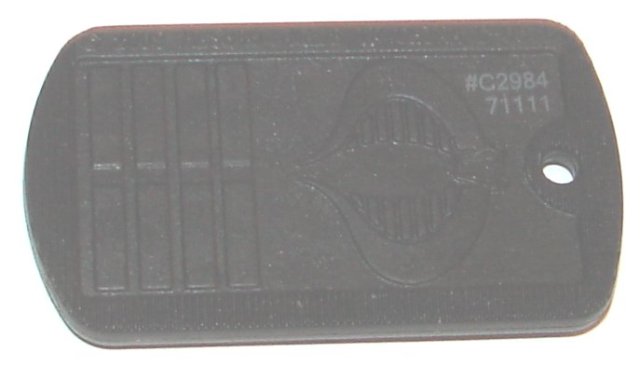 In case you’re wondering, with the exception of Roadblock, all the figures come with Cobra figure stands. This makes absolutely no sense, and is very lazy of Hasbro. 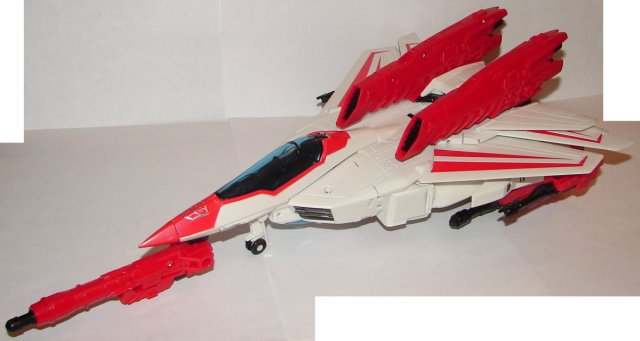 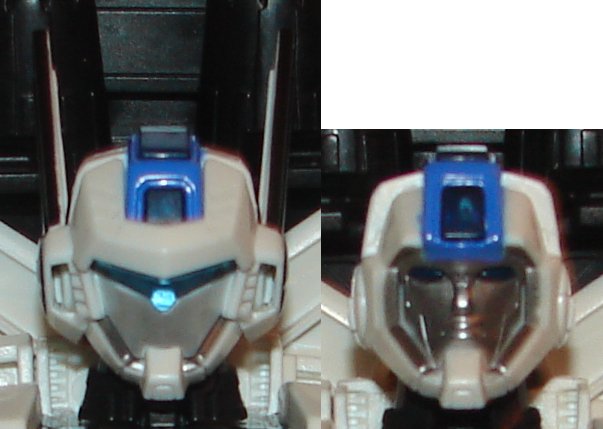 Jetfire is a slight repaint of the original version. His chrome weapons are now red and black. While I liked the chrome, he looks great in these colors. He has some additional paint apps on his ankles and knees. The red Stripe on his chest goes all the way across on this version. They also did a better job of painting the Autobot logo on his chest.

Overall: Is this set worth $100? Not to someone who has no interest in all the other crap they shoved into this set. Jetfire looks great, but he isn’t different enough from the original to make this set remotely worth it.

I’m 36 years old, and I work in network tech support for a public school system. I am a huge fan of Star Trek, Transformers, Harry Potter, and Marvel Comics as well as numerous other fandoms. I’m a big sports fan, especially the Boston Red Sox and the New England Patriots. I collect toys (mostly Transformers but other stuff too), comic books, and Red Sox baseball cards. I watch an obscene amount of television and love going to the movies. I am hopelessly addicted to Wizard Rock and I write Harry Potter Fanfiction, though these days I am working on a couple of different original YA novels.
View all posts by lmb3 →
This entry was posted in Toy Reviews, Toys, Transformers and tagged Action Man, Dire Wraith, GI Joe, Hasbro, Jetfire, Leoric, M.A.S.K. Mobile Armored Strike Kommand, Matt Trakker, Revolution, Roadblock, Rom, Toys, Transformers, Visionaries. Bookmark the permalink.