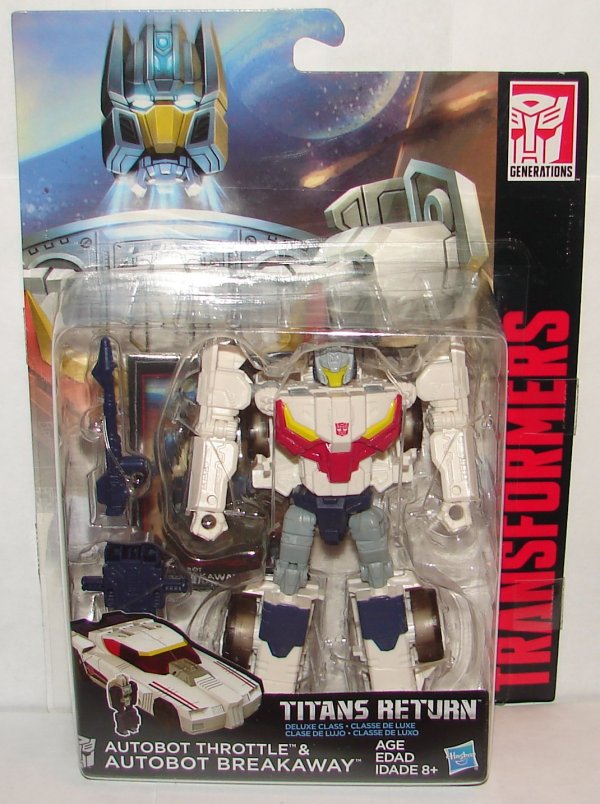 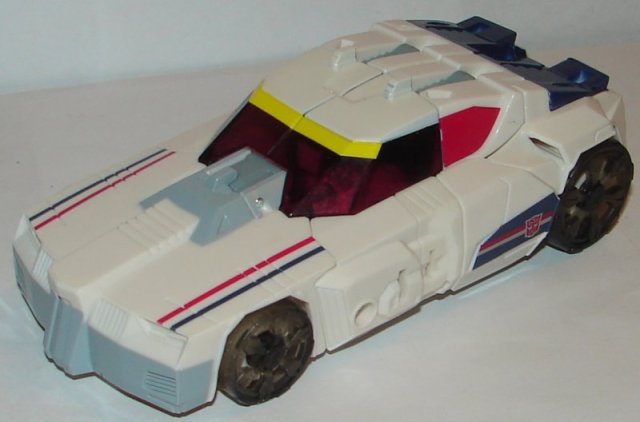 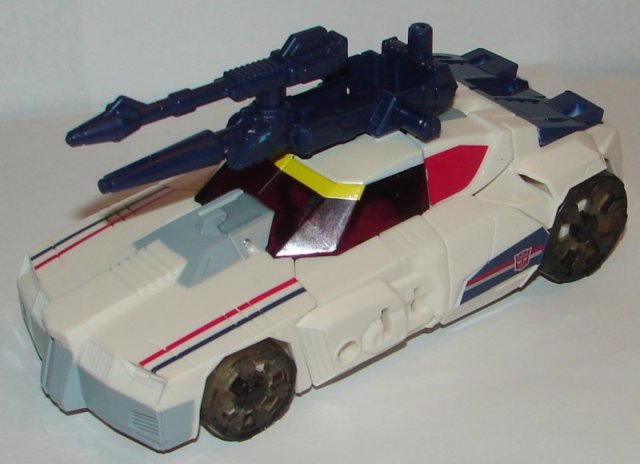 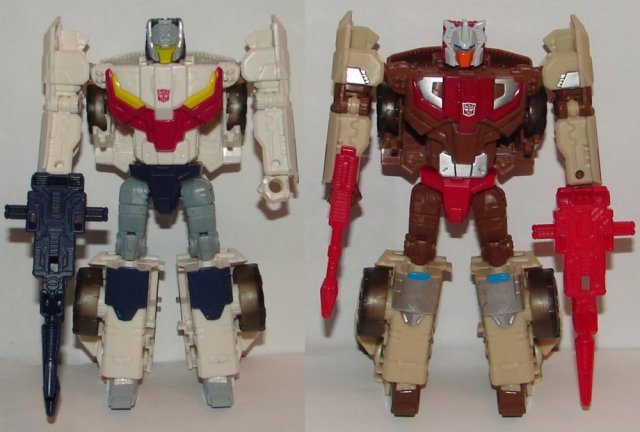 Well, I was wondering what Hasbro was going to do with repainting some of these molds that had no logical repaint.  I should have realized they were just going to be illogical.  Getaway, now renamed Breakaway, was a Powermaster, not a Headmaster.  It’s a car in similar colors to Getaway, that’s as much sense as this makes.  They did give me a new head sculpt that looks very close to the original, but otherwise this is a disappointing homage to a G1 toy that deserved better.