Kinder Surprise are chocolate eggs with capsules inside containing toys.  You won’t find these in the United States, because they are illegal and the people who made that law are morons.  This particular series is called “Great Surprise” if I am translating correctly.  They came out for Easter in Italy.  Each includes a non transforming robot and vehicle.  They are larger and much more detailed than regular Kinder Surprise toys.  In fact, these robots are some of the best likenesses of the characters I’ve seen.  Articulation is limited to their arms.  It’s taken me months to find a set of these, and they weren’t exactly cheap.  As they don’t transform, these aren’t for everyone, but I think they are pretty cool. 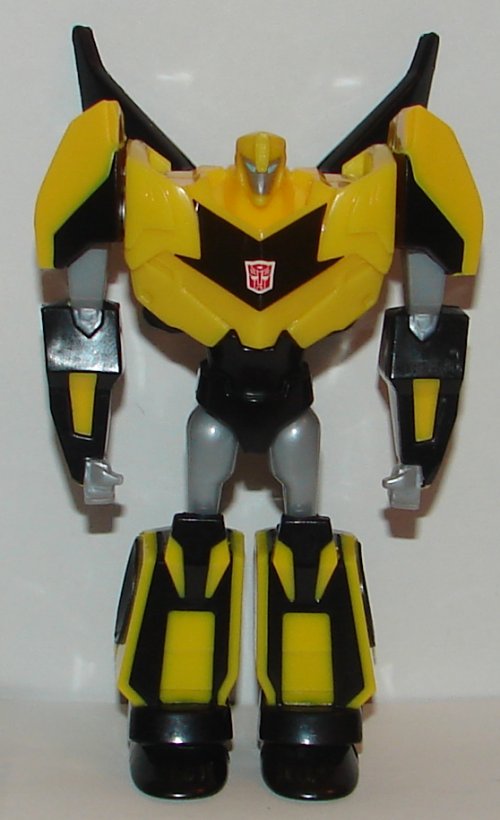 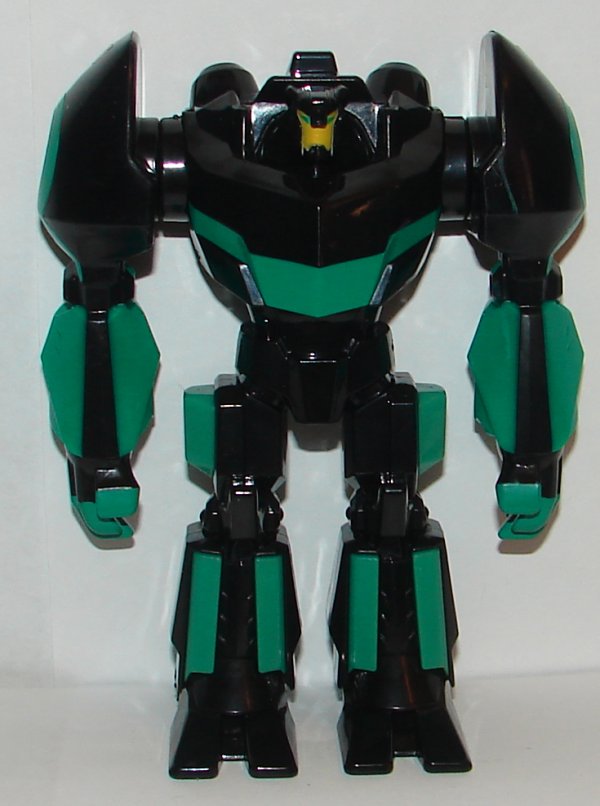 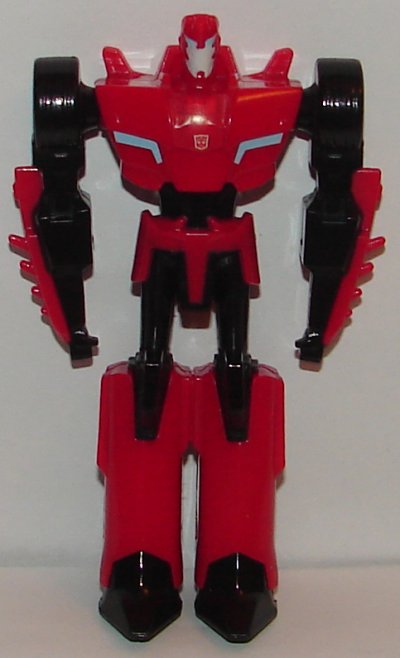 I’m 36 years old, and I work in network tech support for a public school system. I am a huge fan of Star Trek, Transformers, Harry Potter, and Marvel Comics as well as numerous other fandoms. I’m a big sports fan, especially the Boston Red Sox and the New England Patriots. I collect toys (mostly Transformers but other stuff too), comic books, and Red Sox baseball cards. I watch an obscene amount of television and love going to the movies. I am hopelessly addicted to Wizard Rock and I write Harry Potter Fanfiction, though these days I am working on a couple of different original YA novels.
View all posts by lmb3 →
This entry was posted in Toy Reviews, Toys, Transformers and tagged Bumblebee, Grimlock, Kinder Eggs, Kinder Surprise, Kinder Surprise Eggs, Optimus Prime, Prime, Sideswipe, Toys, Transformers, Transformers: Prime. Bookmark the permalink.