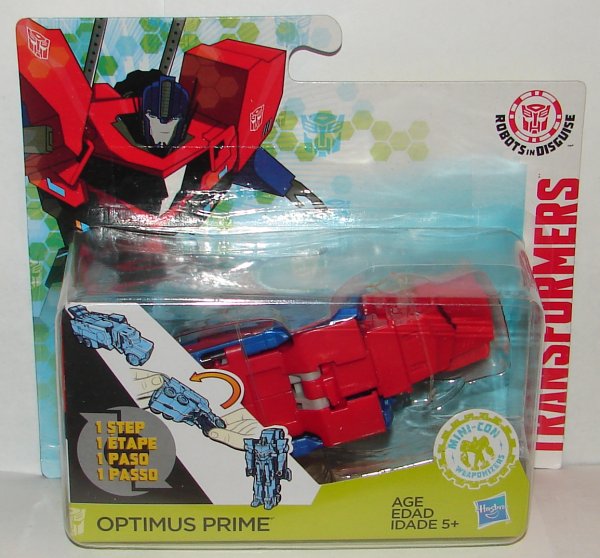 This is the first single carded RID release of an Optimus Prime One Step Changer.  The previous version was available in the Target 6-Pack and that is a completely different mold.  It’s not the best One Step Changer design.  You can’t even move his arms, but it looks okay for what it is. 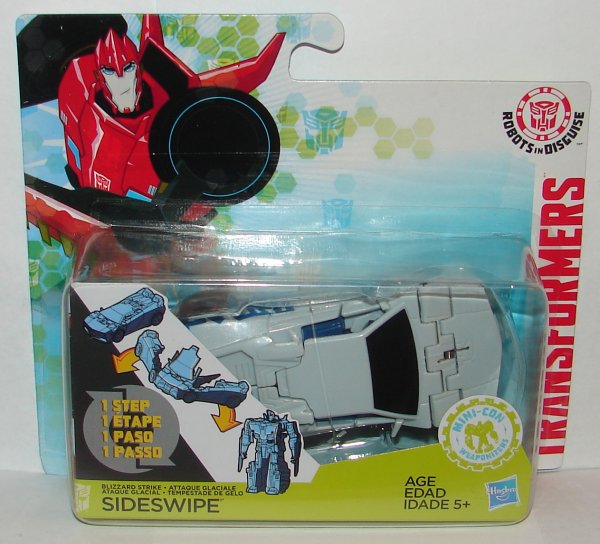 Sideswipe is a repaint of the original Sideswipe One Step Changer Mold.  Not sure why they didn’t use the newer version but this is a better mold anyway.  He is painted in gray and blue as most of the Blizzard Strike toys are. 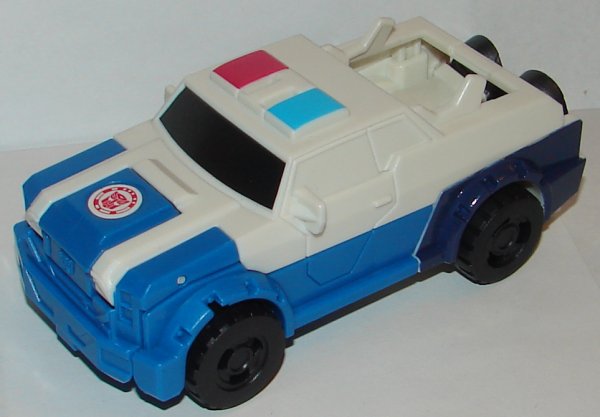 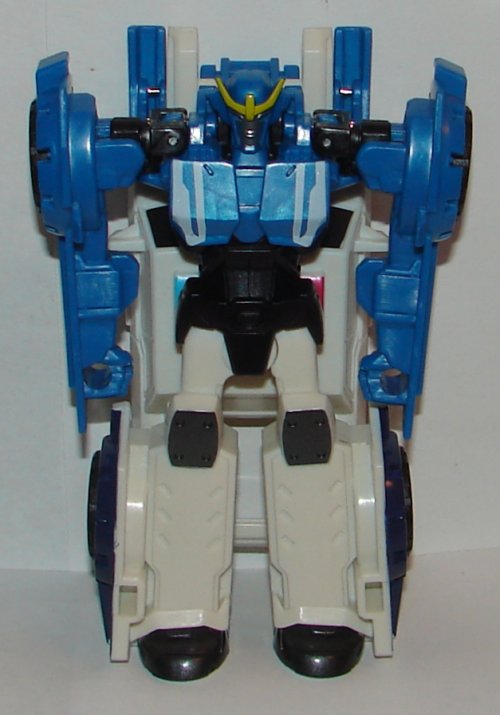 This is a completely new mold for Strongarm.  Unfortunately, this One Step Changer does not transform in one step.  When she is transformed from vehicle to robot, her arms are pointing out to her sides.  The Sideswipe mold shown above does the same thing, and it’s really a second step to fold down his arms.  However, when being transformed back to vehicle mode, you don’t need to fold Sideswipe’s arms out to his sides.  In the case of Strongarm, you do.  If you do not fold her arms out first, she can’t fully transform.  I can give them a pass for the Sideswipe mold as he does transform one way in one step, but how they can call this Strongarm a one step changer is beyond me.  That aside, it is a better looking toy that the original.

Overall: Sideswipe is for completists only.  I kind of prefer the original One Step Changer Optimus Prime, but it is a new mold.  Strongarm is a must have since it is better than the original, the transformation issue aside.

I’m 36 years old, and I work in network tech support for a public school system. I am a huge fan of Star Trek, Transformers, Harry Potter, and Marvel Comics as well as numerous other fandoms. I’m a big sports fan, especially the Boston Red Sox and the New England Patriots. I collect toys (mostly Transformers but other stuff too), comic books, and Red Sox baseball cards. I watch an obscene amount of television and love going to the movies. I am hopelessly addicted to Wizard Rock and I write Harry Potter Fanfiction, though these days I am working on a couple of different original YA novels.
View all posts by lmb3 →
This entry was posted in Toy Reviews, Toys, Transformers and tagged 1-Step Changer, Blizzard Strike Sideswipe, One Step Changer, Optimus Prime, RID, Robots in Disguise, Sideswipe, Strongarm, Toys, Transformers, Transformers: Robots in Disguise. Bookmark the permalink.