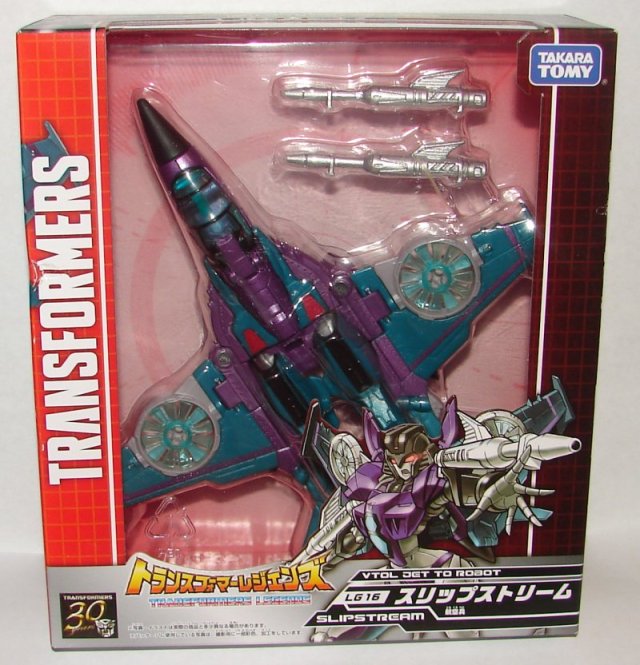 Legends Deluxe Slipstream is heavily remolded from Transformers: Generations Deluxe Windblade.  Slipstream is a clone of Starscream representing one facet of his personality, though what aspect that is was never revealed on the show.  Read my review of Windblade here. 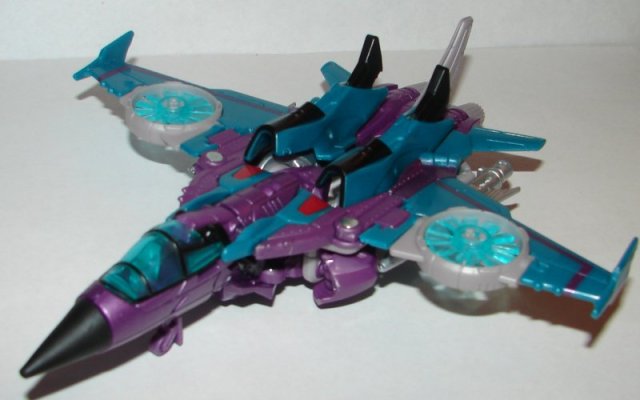 Vehicle Mode: I never liked this mold.  It’s flimsy.  It doesn’t peg together well at all, and the women’s shoes sticking up off the back of the jet look stupid.  The paintjob looks nice. 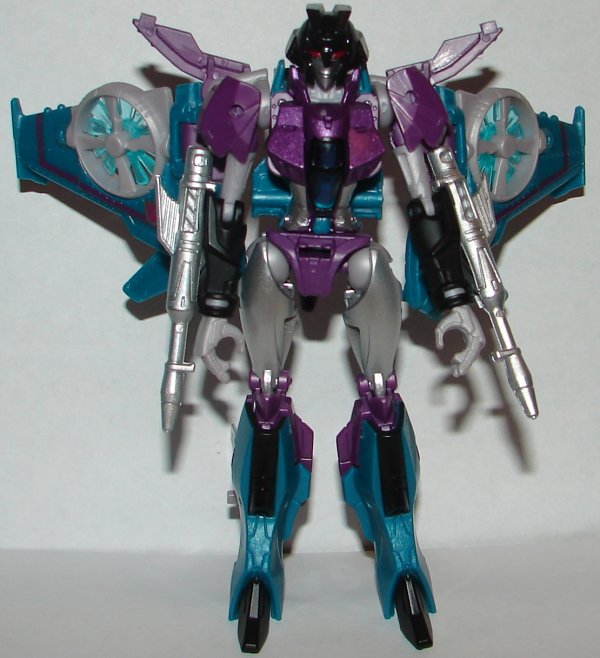 Robot Mode: In robot mode, she has new weapons that are like the typical seeker arm cannons, but does not come with Windblade’s sword.  Her chest has been remolded, and she has a new head sculpt.

Overall: The toy is okay, but the mold sucks.  I think most people can skip this one.  Previously the Botcon Subscription Service made Slipstream from a Transformers: Prime Deluxe Starscream.  That was a better toy.

I’m 36 years old, and I work in network tech support for a public school system. I am a huge fan of Star Trek, Transformers, Harry Potter, and Marvel Comics as well as numerous other fandoms. I’m a big sports fan, especially the Boston Red Sox and the New England Patriots. I collect toys (mostly Transformers but other stuff too), comic books, and Red Sox baseball cards. I watch an obscene amount of television and love going to the movies. I am hopelessly addicted to Wizard Rock and I write Harry Potter Fanfiction, though these days I am working on a couple of different original YA novels.
View all posts by lmb3 →
This entry was posted in Toy Reviews, Toys, Transformers and tagged Legends, Slipstream, Toys, Transformer Legends, Transformers, Transformers: Animated. Bookmark the permalink.