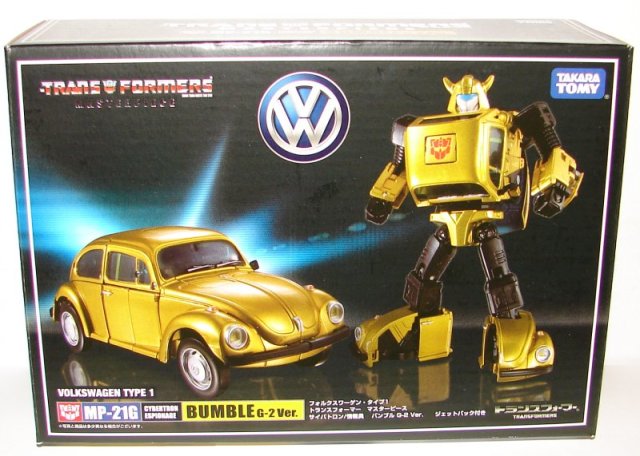 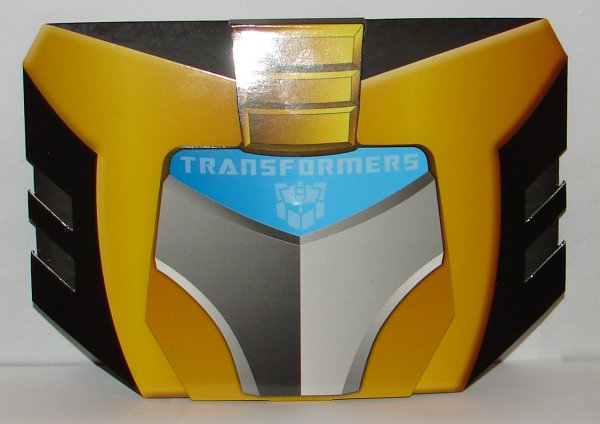 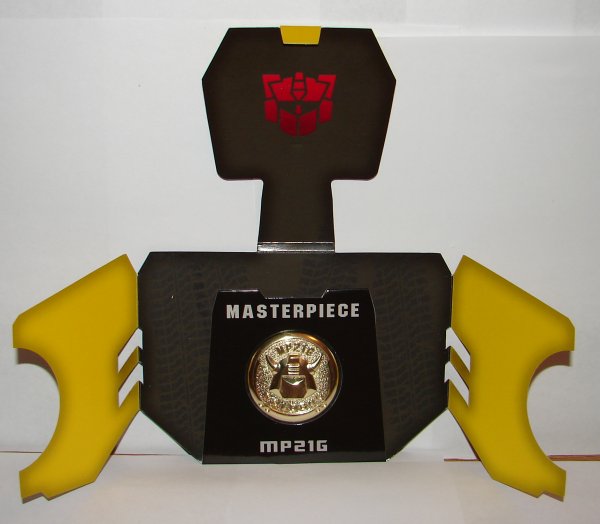 Bumblebee is available with a coin as most Masterpiece releases are.  This one is a bit odd.  You’ll note the G2 symbol, which makes sense given the toy is billed as a G2 version.  Problem is that the coin says “Goldbug”.  I couldn’t get a photo where it was readable, so you’ll have to take my word for it.  Now, he makes more sense as Goldbug give that he is metallic gold and not gold chrome, but that makes no sense with the G2 symbol. 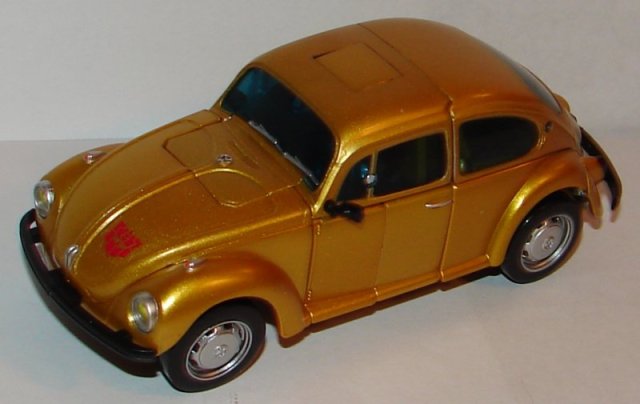 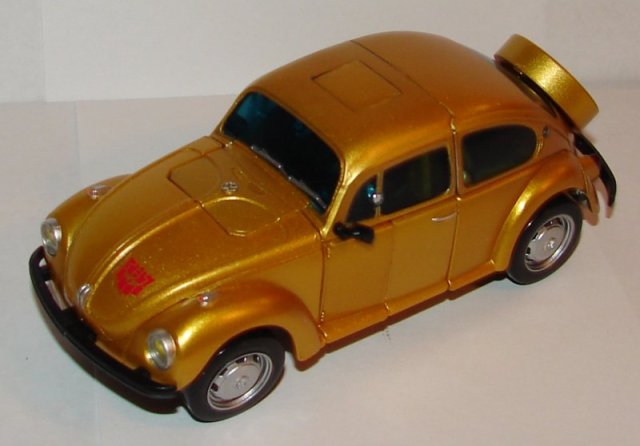 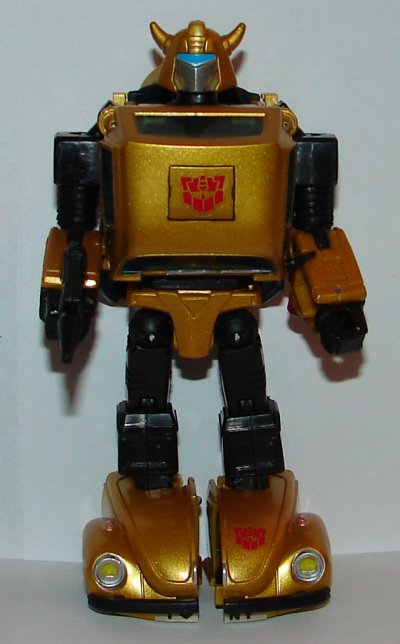 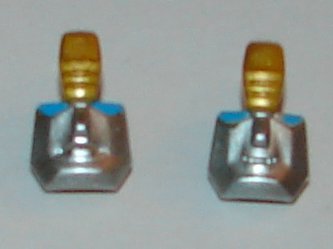 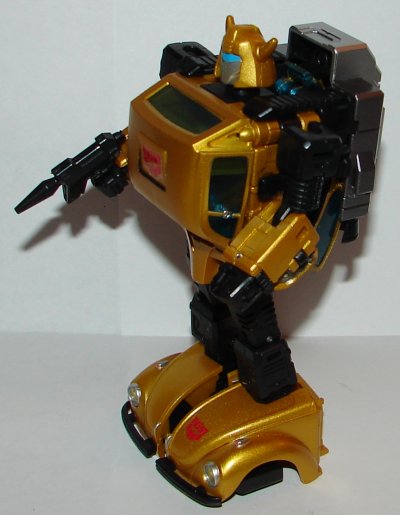 Bumblebee looks great in gold.  Of course, G2 Bumblebee was chromed, and Masterpiece G2 Bumblebee is metallic gold.  Big difference.  I would rather they have called him Goldbug, as he’s closer to him in these colors.  I’m not thrilled with the logo stickers.  They should have just painted the G2 logos on him.  As to his new accessory, the backpack is cool, but I am not crazy about the design.  You have to put the brackets on his sides and then peg the backpack on to it.  The ports fit very tight, and I was worried it might break.  It would have been better as a single piece that clipped on to him, but it’s pretty cool.  I do feel it was a bit overpriced, as the backpack is nowhere near as cool as Spike in Exo-Suit.  Great looking toy though.

I’m 36 years old, and I work in network tech support for a public school system. I am a huge fan of Star Trek, Transformers, Harry Potter, and Marvel Comics as well as numerous other fandoms. I’m a big sports fan, especially the Boston Red Sox and the New England Patriots. I collect toys (mostly Transformers but other stuff too), comic books, and Red Sox baseball cards. I watch an obscene amount of television and love going to the movies. I am hopelessly addicted to Wizard Rock and I write Harry Potter Fanfiction, though these days I am working on a couple of different original YA novels.
View all posts by lmb3 →
This entry was posted in Toy Reviews, Toys, Transformers and tagged Bumblebee, G2, G2 Bumblebee, Generation 2, Generation 2 Bumblebee, Generations Two, Generations Two Bumblebee, Gold Bug, Masterpiece, Toys, Transformers, Transformers Masterpiece. Bookmark the permalink.