Amazingly, a year after they should have done it for the 30th anniversary, we’ve finally got some new G1 mold reissues.  So far there aren’t any that haven’t been reissued before, but they picked a couple of good ones. 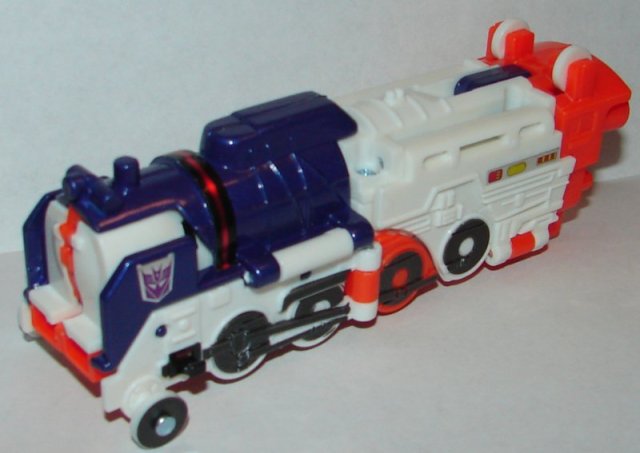 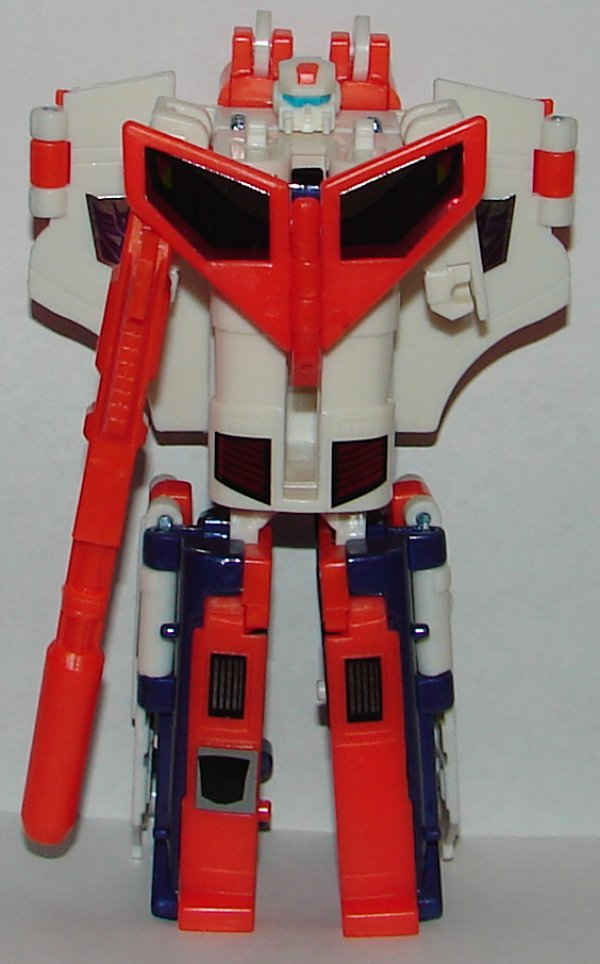 Wow.  If I stare at Astrotrain too long I’m afraid I’ll have an aneurysm.  That doesn’t mean I don’t like it.  He would fit in perfectly among Generation Two toys.  The only thing I don’t understand is why his big die cast metal part is still blue.  That is the only part of him still in the original colors, while the rest is all over the place.  I wish they had painted that part orange or white.  Otherwise, I really like him.  I’ve always loved Astrotrain, but why did he need that enormous gun?  Perhaps he was overcompensating for his little short…arms.  (What did you think I was going to say?) 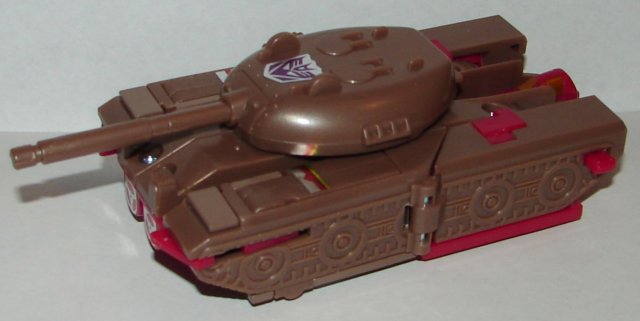 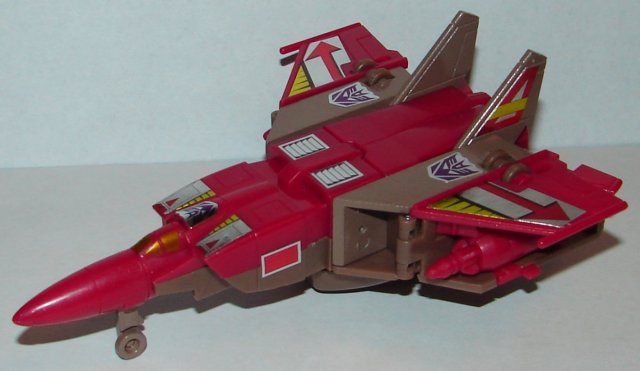 Blitzwing, while in different colors than we’ve ever seen him before, is nowhere near as G2-ish.  He is in crimson and metallic brown, and looks really cool.  I almost wish the colors were a little brighter so the whole set fit in Generation Two.

Overall: I really don’t get it.  All the other announced Platinum sets (though I don’t think we’ve seen the actual Trypticon toy yet) are in standard G1 colors.  Why then was this one done in new colors?  I’m not complaining.  I have all the originals, I’d much rather they do them in different colors.  Also, the packaging on this one is different.  It has no box flap on the front.  Not sure how that’s connected to it.  At $80, they are a bit more expensive than Astrotrain would have been at TRU had the toy not been made a HTS exclusive, but the pricing is still better than the Insecticon set.

I’m 36 years old, and I work in network tech support for a public school system. I am a huge fan of Star Trek, Transformers, Harry Potter, and Marvel Comics as well as numerous other fandoms. I’m a big sports fan, especially the Boston Red Sox and the New England Patriots. I collect toys (mostly Transformers but other stuff too), comic books, and Red Sox baseball cards. I watch an obscene amount of television and love going to the movies. I am hopelessly addicted to Wizard Rock and I write Harry Potter Fanfiction, though these days I am working on a couple of different original YA novels.
View all posts by lmb3 →
This entry was posted in Toy Reviews, Toys, Transformers and tagged Astrotrain, Blitzwing, G1, G2, Generation 1, Generation 2, Generation One, Generations Two, Platinum, Platinum Edition, Platinum Series, Toys, Transformers, Transformers: Platinum Edition, Transformers: Platinum Series, Triple Changers. Bookmark the permalink.