These are kind of cool.  Tiny Titans are small plastic figures that have no articulation.  They are pretty cool.  Each comes with a trading card.  Due to the way they are packaged, most cards have creases or are warped.  Unfortunately, this is the back of the trading cards.

Would it have killed them to give us a character bio or power rankings?  None of the toys, not even the Warrior Class has Tech Specs.  This would have been the perfect place, but no, we get drawings of the twelve toys on the back.  So stupid.  You suck, Hasbro.

Not much to say about most of these, but I do have a coupe of comments below. 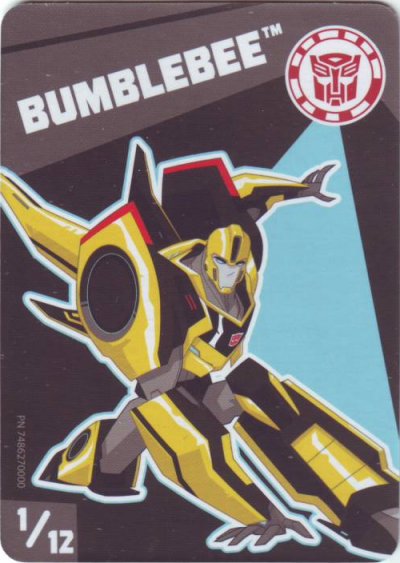 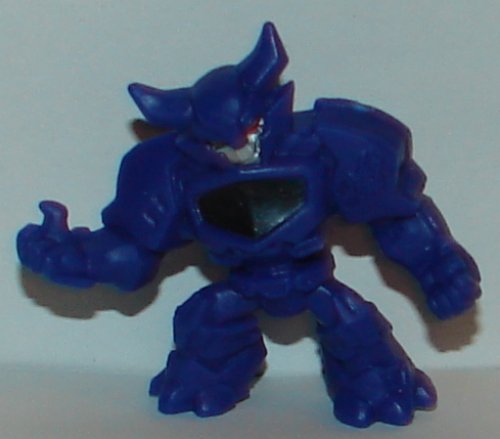 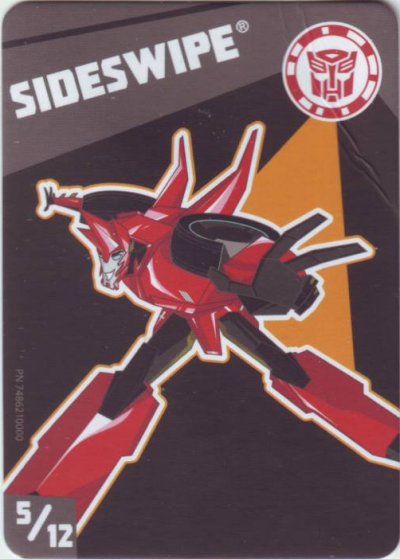 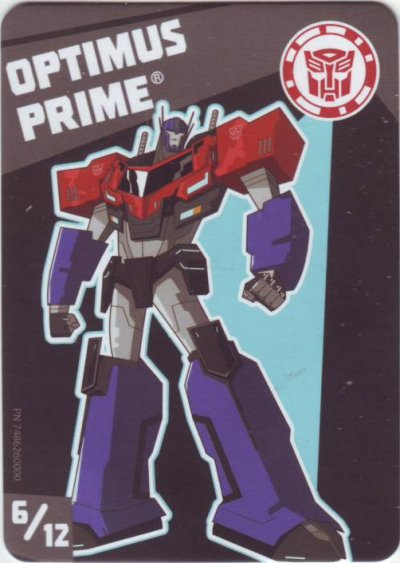 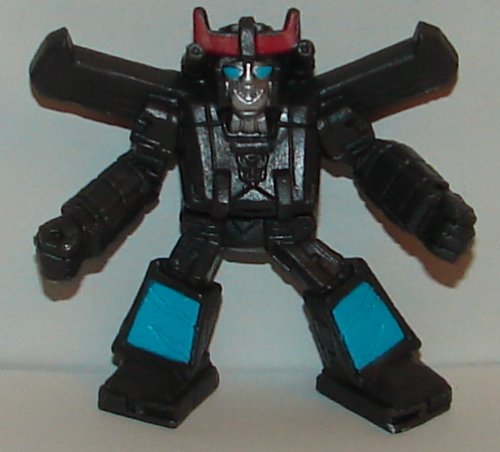 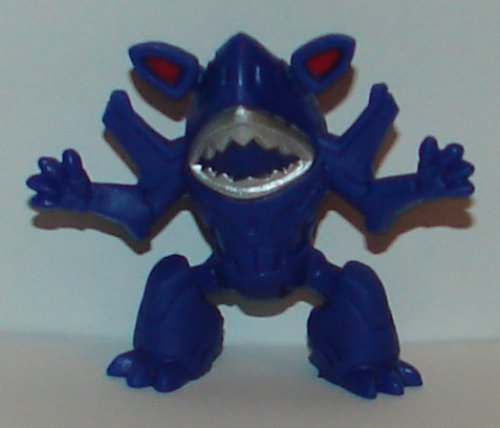 So, we have a couple of G1’s mixed in, Prowl and Cliffjumper.  Prowl for some reason is black.  I have no idea why.  Seems like someone at Hasbro screwed up, but I will be keeping an eye out for a running change.  Cliffjumper is posed in the scene from the original cartoon series pilot looking into the lens.  Sideswipe seems to be break dancing, or perhaps he is meant to be posed as his voice actor, Darren Criss, performing a dance on Glee.  Strongarm seems to be looking at her feet for some reason.  Bisk?  Really?  They named a robotic lobster Bisk?  Someone at Hasbro needs to be fired, and this is coming from someone who loves puns.  On the other hand, while a robot with antlers is stupid, how great a name is Thunderhoof!  Awesome!

Robot Kingdom posted a photo of the trading cards for series 2, and it looks like ten of the twelve are G1 based including Starscream, Cyclonus, Bumblebee, Superion, and Ultra Magnus.

I’m 36 years old, and I work in network tech support for a public school system. I am a huge fan of Star Trek, Transformers, Harry Potter, and Marvel Comics as well as numerous other fandoms. I’m a big sports fan, especially the Boston Red Sox and the New England Patriots. I collect toys (mostly Transformers but other stuff too), comic books, and Red Sox baseball cards. I watch an obscene amount of television and love going to the movies. I am hopelessly addicted to Wizard Rock and I write Harry Potter Fanfiction, though these days I am working on a couple of different original YA novels.
View all posts by lmb3 →
This entry was posted in Toy Reviews, Toys, Transformers and tagged Bisk, Bumblebee, Cliffjumper, Grimlock, Hammerstrike, Optimus Prime, Prowl, RID, Robots in Disguise, Sideswipe, Steeljaw, Strongarm, Thunderhoof, Tiny Titans, Toys, Transformers, Transformers: Robots in Disguise, Underbite. Bookmark the permalink.