These aren’t terribly expensive, which is the only reason I picked them up,  Frankly, I am disappointed.  The G1 toys are far better.  They actually look like cassettes.  These have no cassette markings on them, making them just look like plastic rectangles with holes in them. 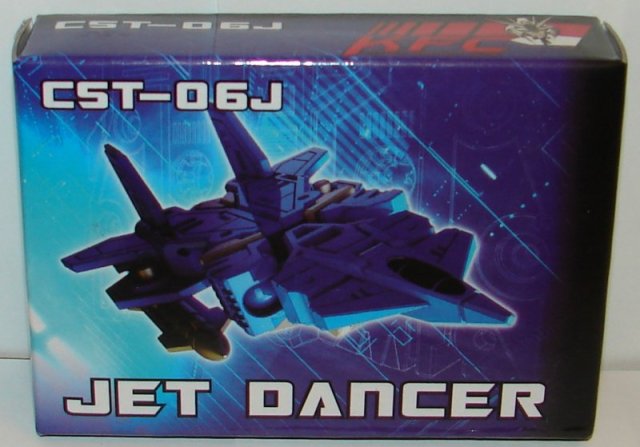 Jet Dancer looks okay in jet mode, but the halves of the back of the plane do not clip together.  This makes it hard to put him on the stand, which has a peg, but the two sides of the port don’t stay closed.  He comes with a second pair of hips.  Not sure if they fix a problem or if they are just prone to breaking. 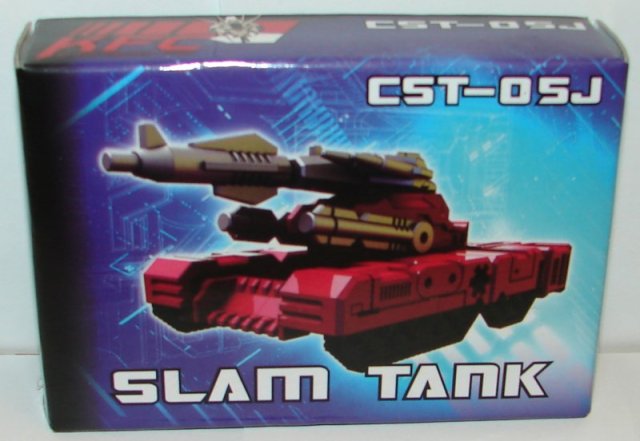 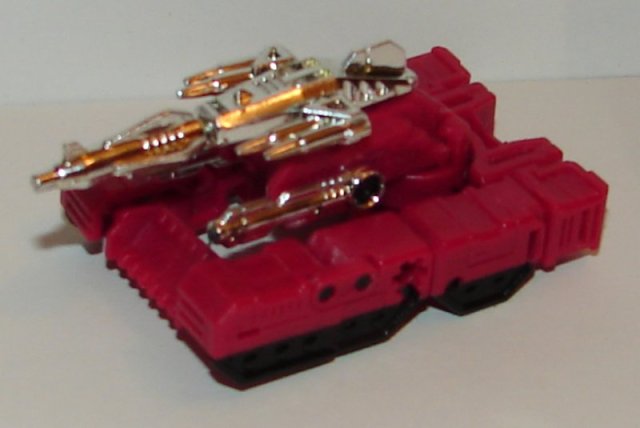 Slam Tank is pretty cool in tank mode.  Kind of hollow, he’s got an open square inside the treads in front, but the weapons cover that pretty well. 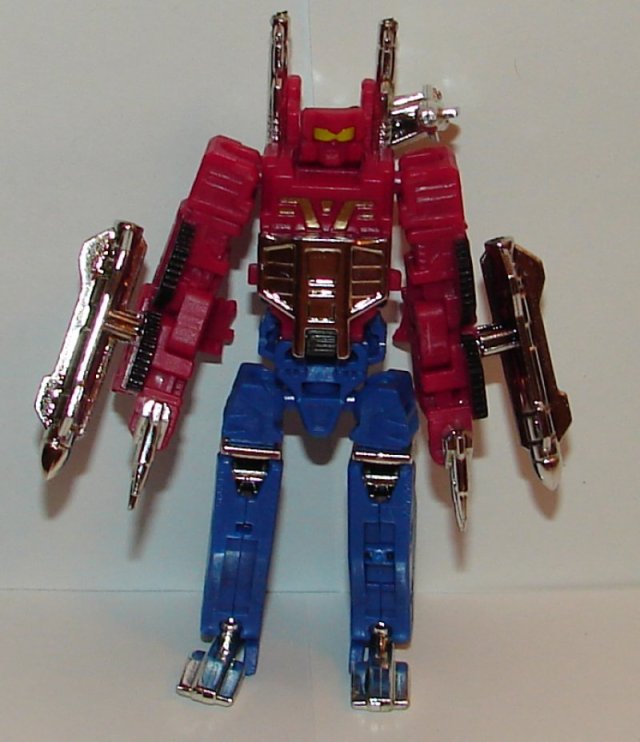 Air Dancer is the best mode (not surprisingly) for this set.  They did a nice job on him.  Too bad they did not put as much effort into Jet Dancer’s vehicle mode design.

I’m 36 years old, and I work in network tech support for a public school system. I am a huge fan of Star Trek, Transformers, Harry Potter, and Marvel Comics as well as numerous other fandoms. I’m a big sports fan, especially the Boston Red Sox and the New England Patriots. I collect toys (mostly Transformers but other stuff too), comic books, and Red Sox baseball cards. I watch an obscene amount of television and love going to the movies. I am hopelessly addicted to Wizard Rock and I write Harry Potter Fanfiction, though these days I am working on a couple of different original YA novels.
View all posts by lmb3 →
This entry was posted in Toy Reviews, Toys, Transformers and tagged Air Dancer, Cassette, Combiner, Grand Slam, Jet Dance, Keith’s Fantasy Club, KFC, Raindance, Slam Tank, Slamdance, Toys, Transformers. Bookmark the permalink.