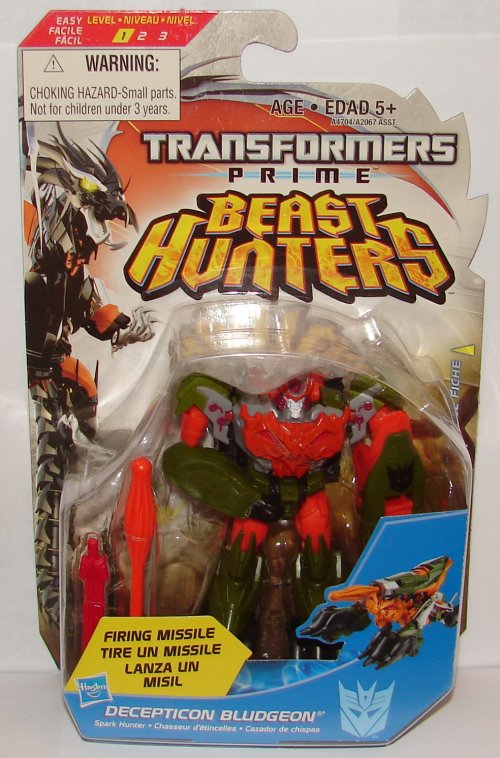 At long last, I’ve tracked down all the Beast Hunters toys canceled for USA release.  Blogs for all should be up shortly.

As this is a repaint, please refer to my previous blog, as I will focus on the mold changes and deco. 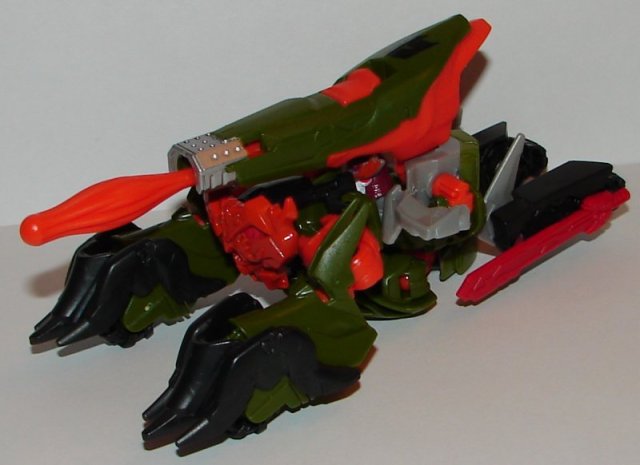 I love the new paint job!  This was a perfect toy to be remolded and repainted into Bludgeon.  He has a new head and chest which look great.  They also packed him with a sword that did not come with Shockwave.  The problem with this is that there is nowhere to put the sword in vehicle mode.  As you can see, I have attached it on the side of his rear wheels.  This is fine for display, but it will prevent the wheel from turning.

Overall: It kills me that we never got this in the USA.  It’s hard to recommend it, considering how expensive it is.  He was released in Canada, so might not be as expensive as the other toys not released in the USA which were only released in Europe and Australia.

I’m 36 years old, and I work in network tech support for a public school system. I am a huge fan of Star Trek, Transformers, Harry Potter, and Marvel Comics as well as numerous other fandoms. I’m a big sports fan, especially the Boston Red Sox and the New England Patriots. I collect toys (mostly Transformers but other stuff too), comic books, and Red Sox baseball cards. I watch an obscene amount of television and love going to the movies. I am hopelessly addicted to Wizard Rock and I write Harry Potter Fanfiction, though these days I am working on a couple of different original YA novels.
View all posts by lmb3 →
This entry was posted in Toy Reviews, Toys, Transformers and tagged Beast Hunters, Bludgeon, Commander, Cyberverse, Toys, Transformers, Transformers: Prime. Bookmark the permalink.