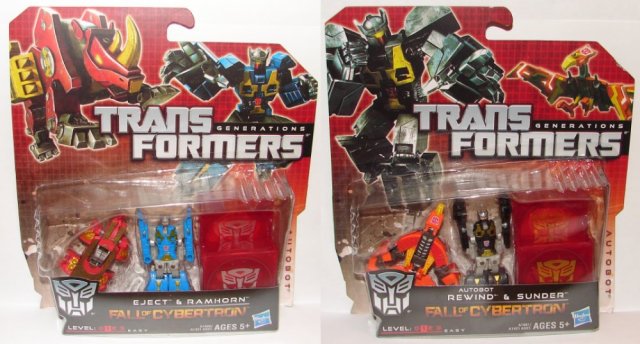 Normally I would review these in separate posts, but as they share one of the molds it made sense to double up. 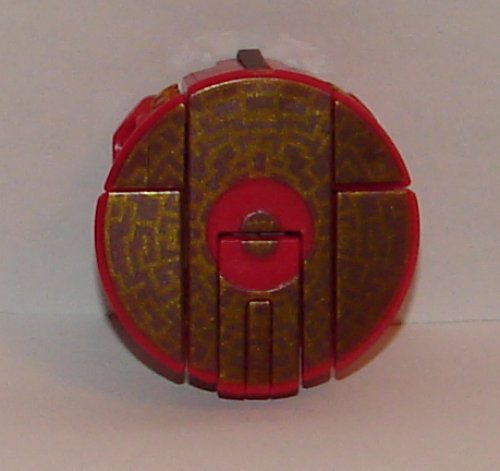 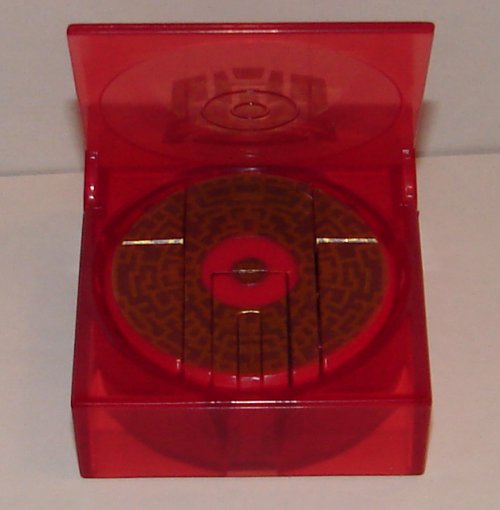 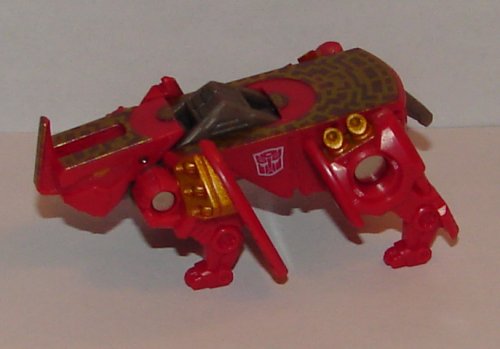 Ramhorn is a new mold, and seems to be the only one that will not be remolded/repainted.  He has a really great rhino mold, and is absolutely the best of the animal discs.  My only complaint is that his horn does not lock in place and can be easily knocked out of place.  And we wouldn’t want Ramhorn to get his nose out of joint. 🙂 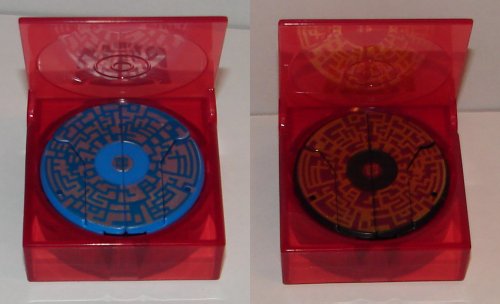 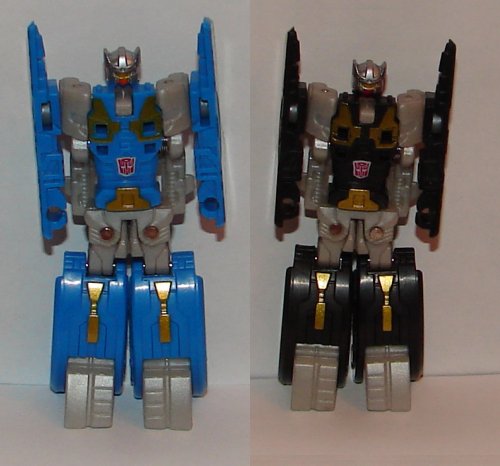 Eject and Rewind have been extensively remolded from Rumble and Frenzy.  They have new molding for their heads, chests, legs, and arms.  The metallic gold paint looks great.  Unfortunately they made no change in the mold to fix the problem with their feet, they still fold out way too far and if they become loose they will no longer be able to stand.  Like Rumble and Frenzy, Eject and Rewind still do not auto transform completely (not that I expected they would or could fix that). 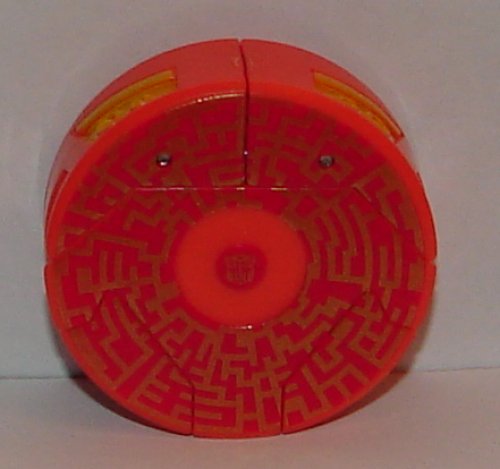 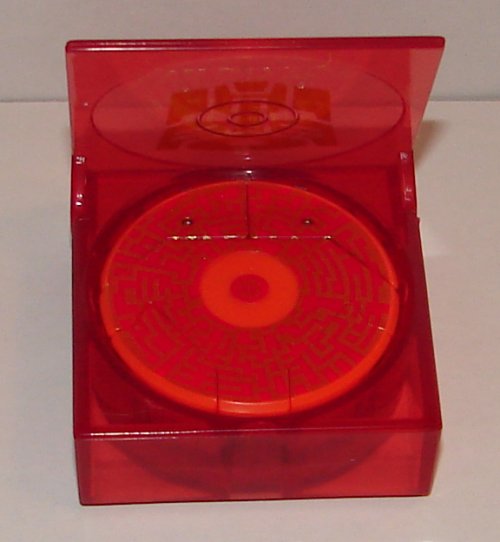 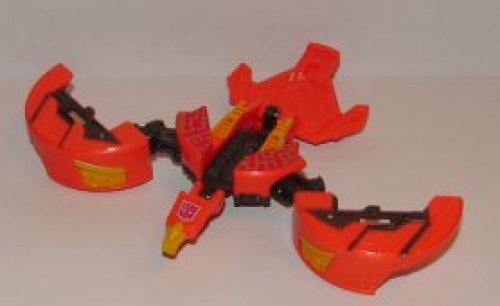 Sunder is a repaint of Laserbeak/Buzzsaw, but looks much better than either with the painted head and beak (though in fairness, leaving them black for LB/BS was true to the G1 paint job).  I love the orange and yellow color scheme, and Sunder is, I think, the best toy from this base mold.  Sunder’s name and paint scheme are taken from Sundor of the Transformers Kiss Play line.

I’m 36 years old, and I work in network tech support for a public school system. I am a huge fan of Star Trek, Transformers, Harry Potter, and Marvel Comics as well as numerous other fandoms. I’m a big sports fan, especially the Boston Red Sox and the New England Patriots. I collect toys (mostly Transformers but other stuff too), comic books, and Red Sox baseball cards. I watch an obscene amount of television and love going to the movies. I am hopelessly addicted to Wizard Rock and I write Harry Potter Fanfiction, though these days I am working on a couple of different original YA novels.
View all posts by lmb3 →
This entry was posted in Toy Reviews, Toys, Transformers and tagged Discs, Eject, Eject & Ramhorn, Fall of Cybertron, FOC, Generations, Legends, Legends of Cybertron, Ramhorn, Rewind, Rewind & Sunder, Sunder, Toys, Transformers. Bookmark the permalink.