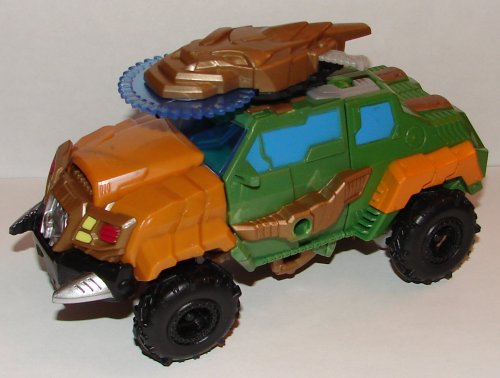 Vehicle Mode: If there was going to be one character who was going to look better with Beast Hunters armor than without, it was bound to be Bulkhead.  He really looks great in green, orange, and gold.  I like his saw weapon more than most of the Beast Hunters weapons. 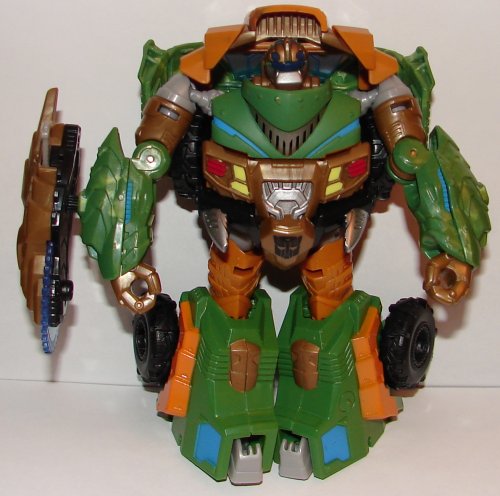 Robot Mode: My only major complaint about deluxe Bulkhead is his head sculpt.  It looks like he has two eyes up on the top of his head.  It’s just weird.  He also doesn’t have the horns that the Cyberverse Commander Beast Hunters Bulkhead had, which I really liked.