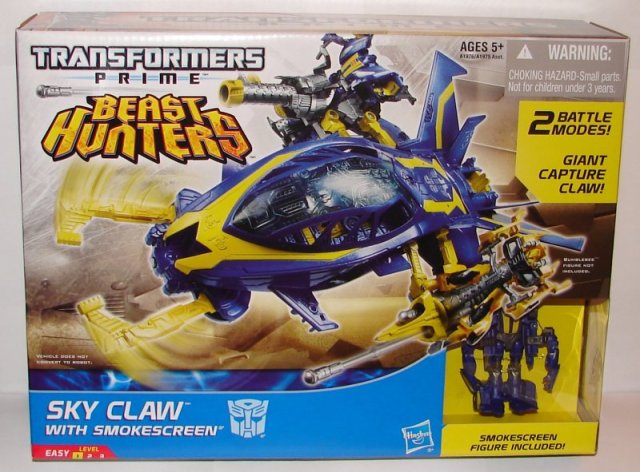 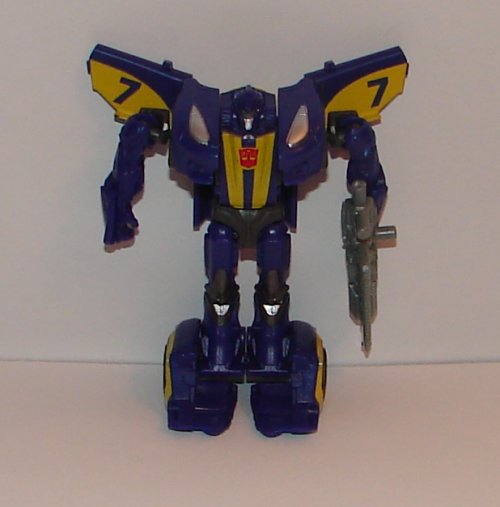 Smokescreen: Smokescreen is a repaint of the just released single pack Smokescreen.  I really like the blue and yellow color scheme.  Unlike the previous Action Sets, whose Legion toy came with a different weapon than their single releases, Smokescreen comes with the same weapon. 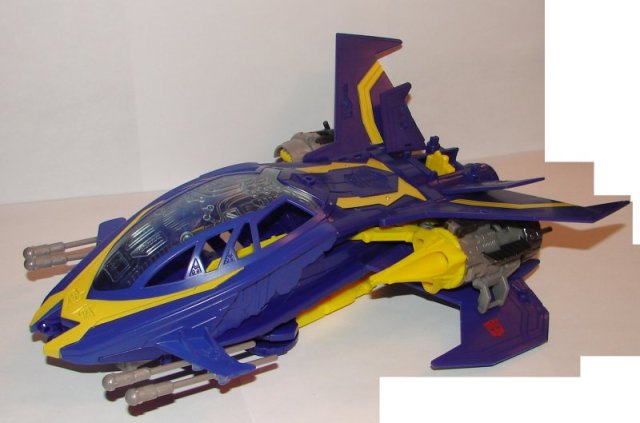 Sky Claw: Sky Claw looks awesome (and vaguely like one of the X-Men’s planes, the colors are certainly accurate).  With weapons deployed it has a single missile launcher on the right wing that can seat a Commander size figure.  On the left wing is a three missile gatling gun.  He has a giant claw that flips out from under the fuselage.  A switch underneath opens and closes the claw.  He also has numerous ports to connect weapons from Legion and Commander class toys.

I’m 36 years old, and I work in network tech support for a public school system. I am a huge fan of Star Trek, Transformers, Harry Potter, and Marvel Comics as well as numerous other fandoms. I’m a big sports fan, especially the Boston Red Sox and the New England Patriots. I collect toys (mostly Transformers but other stuff too), comic books, and Red Sox baseball cards. I watch an obscene amount of television and love going to the movies. I am hopelessly addicted to Wizard Rock and I write Harry Potter Fanfiction, though these days I am working on a couple of different original YA novels.
View all posts by lmb3 →
This entry was posted in Toy Reviews, Toys, Transformers and tagged Action Set, Beast Hunters, Cyberverse, Sky Claw, Smokescreen, Toys, Transformers, Transformers: Prime. Bookmark the permalink.