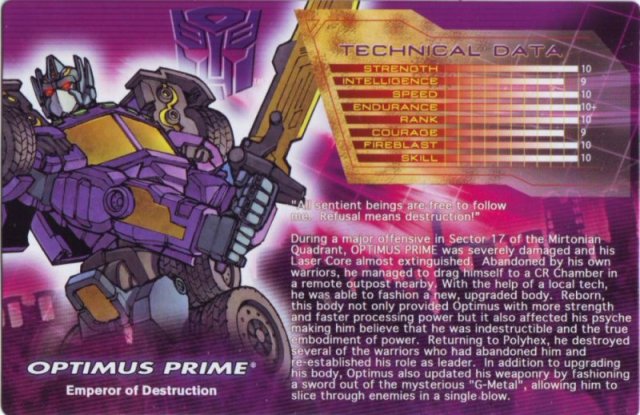 Name Origin: This one needs no explanation. 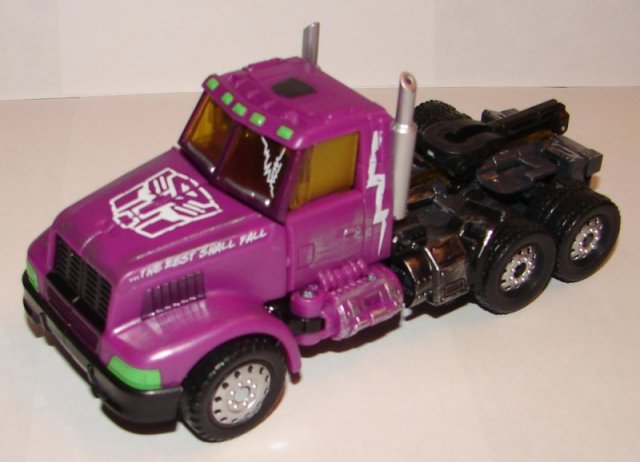 When this toy first showed up online, a friend of mine called it uninspired, and I can’t think of a better way to describe it.  They already did this toy as a Voyager.  I can’t for the life of me imagine why they felt the need to do it again.  The toy looks okay in purple and black, but it has awful battle damage silver paint all over it, which I don’t really like.

They really couldn’t come up with something better than redoing a toy they already did?  I would have preferred a Classicverse Ultra Magnus in white.  Here are just a few ideas I came up with:

That’s just off the top of my head.  I’m sure I could come up with more ideas with very little effort.

I’m 36 years old, and I work in network tech support for a public school system. I am a huge fan of Star Trek, Transformers, Harry Potter, and Marvel Comics as well as numerous other fandoms. I’m a big sports fan, especially the Boston Red Sox and the New England Patriots. I collect toys (mostly Transformers but other stuff too), comic books, and Red Sox baseball cards. I watch an obscene amount of television and love going to the movies. I am hopelessly addicted to Wizard Rock and I write Harry Potter Fanfiction, though these days I am working on a couple of different original YA novels.
View all posts by lmb3 →
This entry was posted in Toy Reviews, Toys, Transformers and tagged Botcon, Botcon 2012, Optimus Prime, Shattered Glass, Toys, Transformers. Bookmark the permalink.