Series 5, as with the previous models are done in very high quality plastic.  The stickers stay on very well for the most part, but small stickers on non-flat surfaces, like faces, aren’t great.  Most have some parts that “transform” while others have to be detached and reattached. 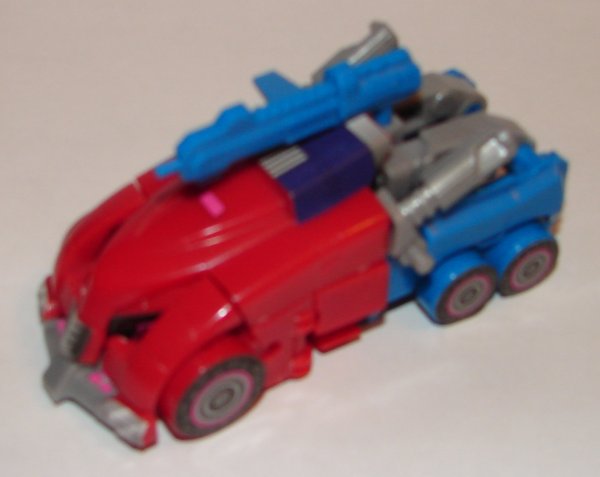 Optimus Prime looks really nice in both modes.  Vehicle mode snaps together very well and isn’t loose at all.  He is packaged with one of Deathsaurus’s Breastforce partners, Tiger Breast.  (We’ll get to him later.)

I love this one!  Hot Spot looks awesome.  They did a tremendous job designing him.  He is packaged with one of Deathsaurus’s Breastforce partners, Eagle Breast.  (We’ll get to him later.)  More on Hot Spot later. 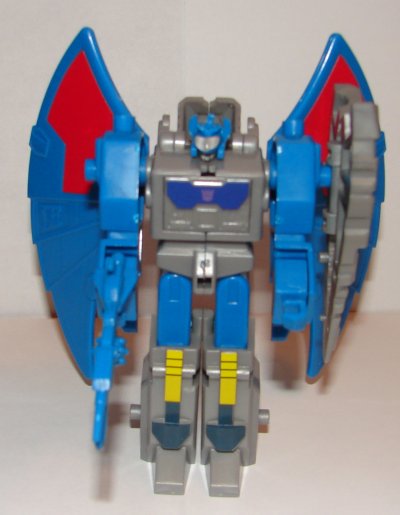 Deathsaurus is one of the most interesting Generation One Japanese toys.  He is a member of Breastforce, so named because their partners transform from animals to weapons to the robots breastplate.  The photos above show the model with what comes in the box, either without the breastplate or with the solid Tiger Breast that comes with it. 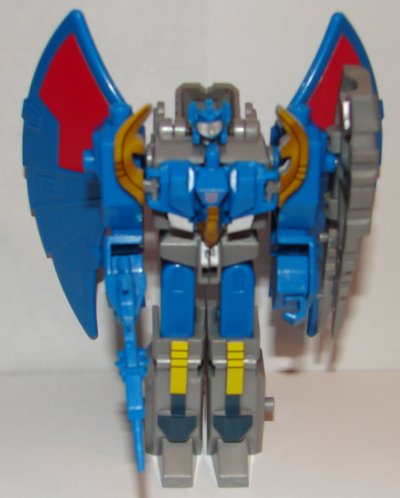 The transformable Tiger Breast and Eagle Breast that are packed with Optimus Prime and Hot Spot can also be attached as breastplates, and just like with the actual toy can both be attached together with Eagle Breast hidden inside.

I think it’s doubtful we’ll ever see a reissue of the original toy, and with it fetching very high prices this model might be many collector’s only chance to own one. 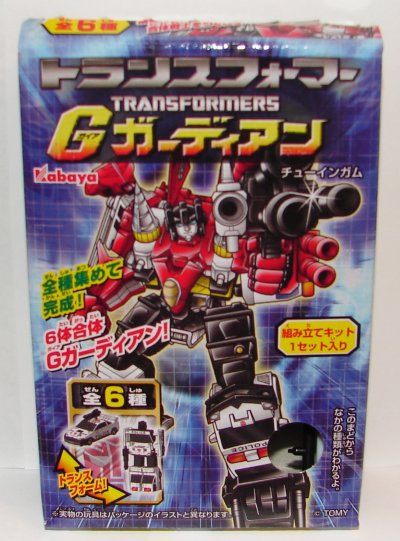 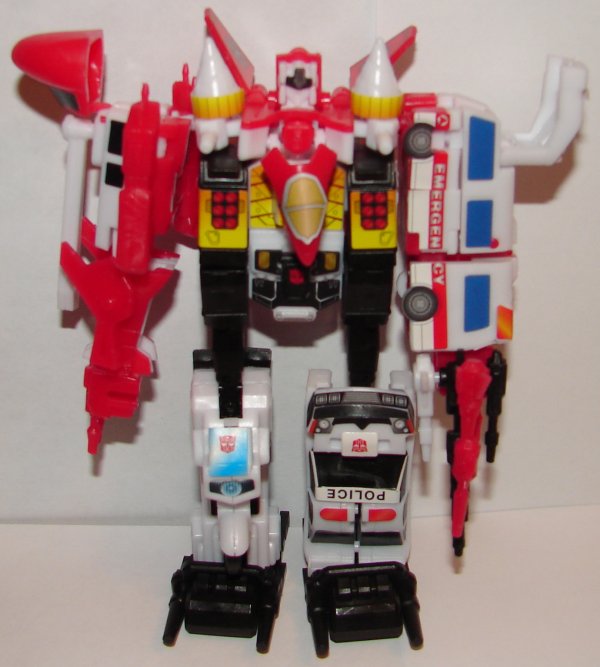 God Guardian consists of Protectobots Blades, First Aid, Groove, and Streetwise as well as Heatrock and Skyfeather.  Together they combine to form God Guardian.  Heatrock and Skyfeather form the torso and head, leaving the four Protectobotos to form the arms and legs just like they would with Defensor.  These models seem to be made of somewhat cheaper plastic than the larger ones.  Some parts will bend while forcing them together.  They are nice, but feel very cheap and are likely to break if you’re not careful.

When you combine the four Protectobots with the larger model Hot Spot, you get Defensor.  He looks really amazing.  If you’re going to get God Guardian, Hot Spot is a must.

Heatrock can become an additional breastplate for Defensor and Skyfeather can become a weapon/shield.  It’s unlikely they would bother, but it would be really neat of one of the third party companies would make a Heatrock and Skyfeather that could be used with the G1 Protectobots.

I’m 36 years old, and I work in network tech support for a public school system. I am a huge fan of Star Trek, Transformers, Harry Potter, and Marvel Comics as well as numerous other fandoms. I’m a big sports fan, especially the Boston Red Sox and the New England Patriots. I collect toys (mostly Transformers but other stuff too), comic books, and Red Sox baseball cards. I watch an obscene amount of television and love going to the movies. I am hopelessly addicted to Wizard Rock and I write Harry Potter Fanfiction, though these days I am working on a couple of different original YA novels.
View all posts by lmb3 →
This entry was posted in Toy Reviews, Toys, Transformers and tagged Blades, Deathsaurus, Defensor, First Aid, Gaia Guardian, God Guardian, Groove, Heatrock, Hot Spot, Kabaya, Protectobots, Skyfeather, Streetwise, Toys, Transformers, War for Cybertron Optimus Prime. Bookmark the permalink.